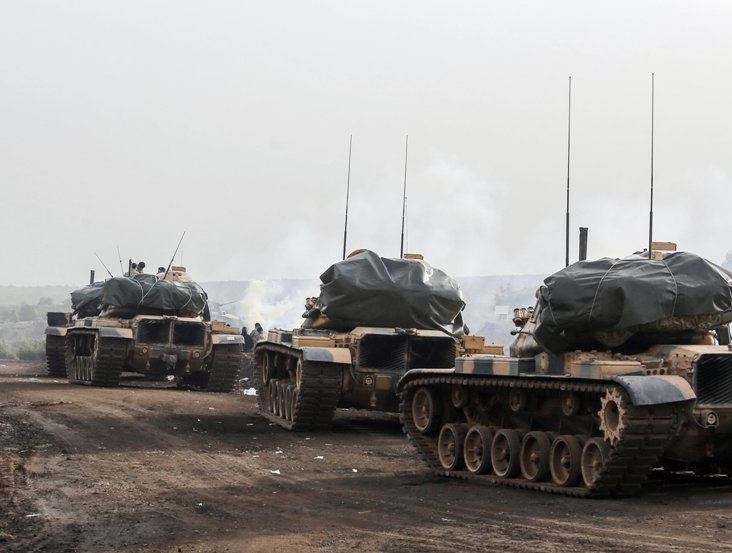 "We need to have actual control over the field," Erdogan said at a gathering of his ruling Justice and Development Party (AKP) in the eastern province of Erzurum.

"We expect the promise of a security zone, a buffer zone aimed at protecting our country from terrorists to be fulfilled in a few months," he explained.

Otherwise Turkey will realize it on its own, Erdogan said, adding that his country rejects any alternative proposals.

As the United States prepares to pull all its troops out of Syria, Turkey has threatened to launch a cross-border operation to clear the Kurdish-led People's Protection Units (YPG) in northeastern Syria.

The United States and Turkey have been at odds over the Kurdish militia, a US ally in the anti-Islamic State (IS) campaign but seen as a terrorist group by Ankara.

Erdogan said recently that Turkey will set up a 30-km deep safe zone in northeastern Syria, which is a move suggested by US President Donald Trump.

Turkey does not need an invitation for such action since an anti-terror protocol allows the country "to take action without invitation" of the Syrian regime, he said, referring to the Adana Protocol signed in 1998 between the two countries.

The protocol with Syria allows Turkey "to get into those lands in the case of any negative development," Erdogan noted.

The Adana Protocol was signed in 1998 after Turkey threatened to intervene militarily if the Syrian government did not stop its support to the outlawed Kurdistan Workers' Party (PKK) and its shelter of the PKK leader Abdullah Ocalan on its territories.