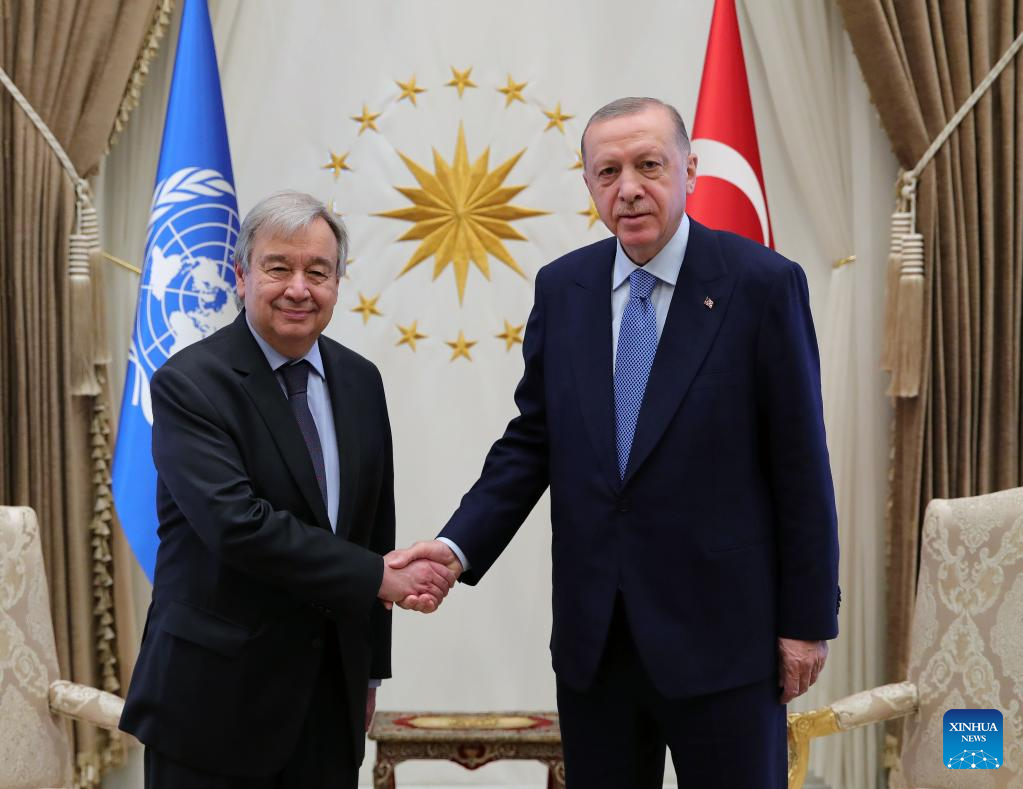 Guterres briefed Erdogan about his talks with Russian President Vladimir Putin in Moscow, Turkey's Directorate of Communications said in a statement.

Before heading to Moscow and Kiev for talks on resolving the conflict between Russia and Ukraine, Guterres met with Erdogan in the Turkish capital Ankara on Monday.

The Turkish leader had told the UN secretary-general that all parties should support the Istanbul process for a solution to the crisis between Russia and Ukraine, according to the statement.

During a phone talk with Putin on Tuesday, Erdogan said that the "continuation of the positive momentum achieved in the Istanbul talks" to reach peace in Ukraine is in everyone's interest.

On Sunday, the Turkish president said that his country is ready to provide all possible assistance for the negotiation process when having a phone conversation with Ukrainian President Volodymyr Zelensky.

A round of face-to-face talks between Russia and Ukraine was held in Istanbul in March.