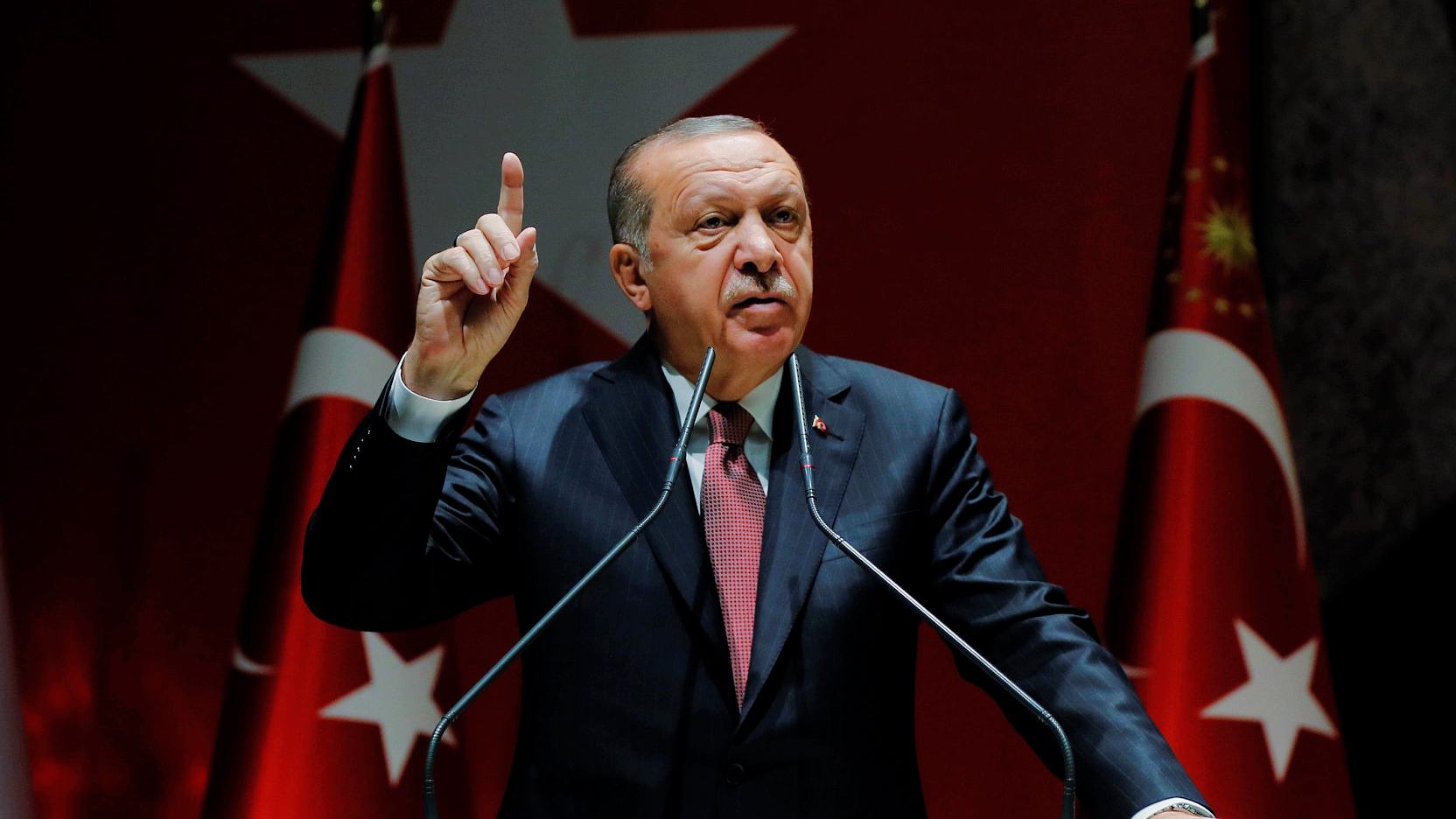 Turkish President Recep Tayyip Erdogan on Friday pointed fingers directly at the Saudi government in last month's sensational killing of journalist Jamal Khashoggi in the Saudi consulate in Istanbul. It was the first time Erdogan has explicitly accused the Saudi government of involvement.

"We know the perpetrators are among the 18 suspects detained in Saudi Arabia. We also know those individuals came to carry out their orders: Kill Khashoggi and leave. Finally, we know the order to kill Khashoggi came from the highest levels of the Saudi government," Erdogan claimed in an op-ed piece published by The Washington Post on Friday.

Emphasizing that over the course of the past month, Turkey has moved heaven and earth to shed light on all aspects of this case, he said: "As a result of our efforts, the world has learned that Khashoggi was killed in cold blood by a death squad, and it has been established that his murder was premeditated."

The Turkish President minced no words in saying that the Khashoggi affair was a violation of the Vienna Convention, an international treaty that defines a framework for consular relations between independent states.

"No one should dare to commit such acts on the soil of a NATO ally again. If anyone chooses to ignore that warning, they will face severe consequences," he warned, adding: "The Khashoggi murder was a clear violation and a blatant abuse of the Vienna Convention on Consular Relations. Failure to punish the perpetrators could set a very dangerous precedent."

Erdogan however clarified that he did not hold Saudi King Salman bin Abdulaziz responsible for the crime or that the brutal murder was in any way indicative of Riyadh's official policy. "I do not believe for a second that King Salman, the custodian of the holy mosques, ordered the hit on Khashoggi. Therefore, I have no reason to believe that his murder reflected Saudi Arabia's official policy."

Citing Turkey's traditional friendly relations with the Gulf kingdom, Erdogan however stressed that Ankara won't "turn a blind eye to the premeditated murder that unfolded in front of our very eyes."

"Had this atrocity taken place in the United States or elsewhere, authorities in those countries would have gotten to the bottom of what happened. It would be out of the question for us to act any other way," he reasoned.

The Turkish president vowed to continue to raise pertinent questions to get to the bottom of the fateful incident.

"Where is Khashoggi's body? Who is the 'local collaborator' to whom Saudi officials claimed to have handed over Khashoggi's remains? Who gave the order to kill this kind soul? Unfortunately, the Saudi authorities have refused to answer those questions," he said.

"Some seem to hope this 'problem' will go away in time. But we will keep asking those questions, which are crucial to the criminal investigation in Turkey, but also to Khashoggi's family and loved ones," Erdogan assured.

Turkish authorities have gone on record saying they believe that the Saudi journalist, who was living in exile, was strangled when he visited the Saudi consulate in Istanbul to collect divorce documents from his previous marriage that would have enabled his imminent marriage with his Turkish fiancee.

Khashoggi's body has not been found yet and one of Erdogan's presidential advisers, Yasin Aktay, on Friday said that the corpse may have been destroyed in acid after being cut up.

"We now see that it wasn't just cut up, they got rid of the body by dissolving it," Aktay told the local Hurriyet newspaper. "According to the latest information we have, the reason they cut up the body is it was easier to dissolve it."

Saudi Arabia has drawn international criticism for the way the kingdom has reacted to the Khashoggi affair – outright denial at first, then claiming he was killed during a brawl in the consulate before finally admitting it was a "premeditated" murder.

Expressing his shock and anguish over the Saudi flip-flop and "efforts of certain Saudi officials to cover up Khashoggi's premeditated murder," Erdogan demanded action against senior officials including Mohammed al Otaibi, the Saudi Consul General to Istanbul at the time of the incident.

"Though Riyadh has detained 18 suspects, it is deeply concerning that no action has been taken against the Saudi consul general, who lied through his teeth to the media and fled Turkey shortly afterward," he said.

Erdogan also expressed his frustration over the refusal of Saudi Attorney General Saud al Mojeb – who recently visited Istanbul – "to cooperate with the investigation and answer even simple questions."

Comparing the Khashoggi affair with the Watergate scandal and 9/11 terror attacks, the Turkish leader called for revealing the identities of the masterminds of the crime.

"The murder of Jamal Khashoggi involves a lot more than a group of security officials, just as the Watergate scandal was bigger than a break-in and the 9/11 terror attacks went beyond the hijackers," he reasoned.

"As responsible members of the international community, we must reveal the identities of the puppet masters behind Khashoggi's killing and discover those in whom Saudi officials – still trying to cover up the murder – have placed their trust," he demanded.

Saudi Arabia has not yet responded to Erdogan's latest claims and demands. The story will be updated once the kingdom issues an official response.

Meanwhile the US, Riyadh's strongest ally, is under pressure to take action over Khashoggi's murder, is waiting to see the results of a Saudi investigation into the killing before deciding whether and how to punish Saudi Arabia.

The only specific response so far has come from US Secretary of State Mike Pompeo, who said this week that it may take "a handful more weeks" before Washington has enough evidence to impose sanctions on individuals responsible for the killing.

"We're continuing to understand the fact pattern," Pompeo said on Thursday during an interview with Missouri-based KMOX news radio.

"We are reviewing putting sanctions on the individuals that we have been able to identify to date that have – that were engaged in that murder.

"It'll take us probably a handful more weeks before we have enough evidence to actually put those sanctions in place, but I think we'll be able to get there," he said, adding that President Donald Trump had vowed accountability for all involved in the "heinous crime."