WORLD Erdogan, May say international community should be active in solving Jerusalem issue

Erdogan, May say international community should be active in solving Jerusalem issue 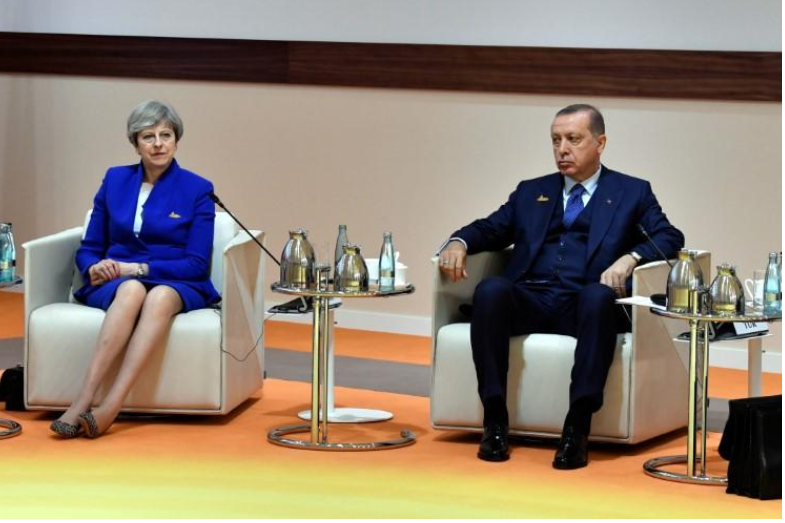 Britain's Prime Minister Theresa May and Turkey's President Recep Tayyip Erdogan meet at the start of the "retreat meeting" on the first day of the G20 summit in Hamburg, Germany, July 7, 2017. Photo: REUTERS/John MACDOUGALL

Turkish President Tayyip Erdogan and British Prime Minister Theresa May agreed in a phone call on Monday that the international community should make “intense efforts” to solve the issue in Jerusalem, sources in Erdogan’s office said.

The two leaders, who discussed the blocking of a U.N. Security Council resolution calling for the US declaration of Jerusalem as Israel’s capital to be withdrawn, also agreed that any new tensions that could endanger the peace process in the region should be avoided, the sources said.