Turkey will not leave Syria until other countries pull out, President Recep Tayyip Erdogan was quoted as saying on Friday, and Ankara will continue its cross-border offensive against Kurdish fighters until every one of them has left the region.

Turkey launched its third military incursion into northeast Syria last month to drive Kurdish YPG fighters from its border and establish a "safe zone" where it aims to settle up to 2 million Syrian refugees.

After seizing a 120-kilometer swathe of land along the border, Turkey struck deals with the United States and Russia to keep the Kurdish militia out of that area.

Speaking to reporters on his flight home from a trip to Hungary, Erdogan said Turkey would only leave Syria once other countries have left as well, adding that the Turkish offensive would continue until all militants leave the area.

"We will not let up until every last terrorist leaves the region," Erdogan said, referring to the YPG, the main component of the U.S.-backed Syrian Democratic Forces (SDF) that Ankara views as a terrorist organization. 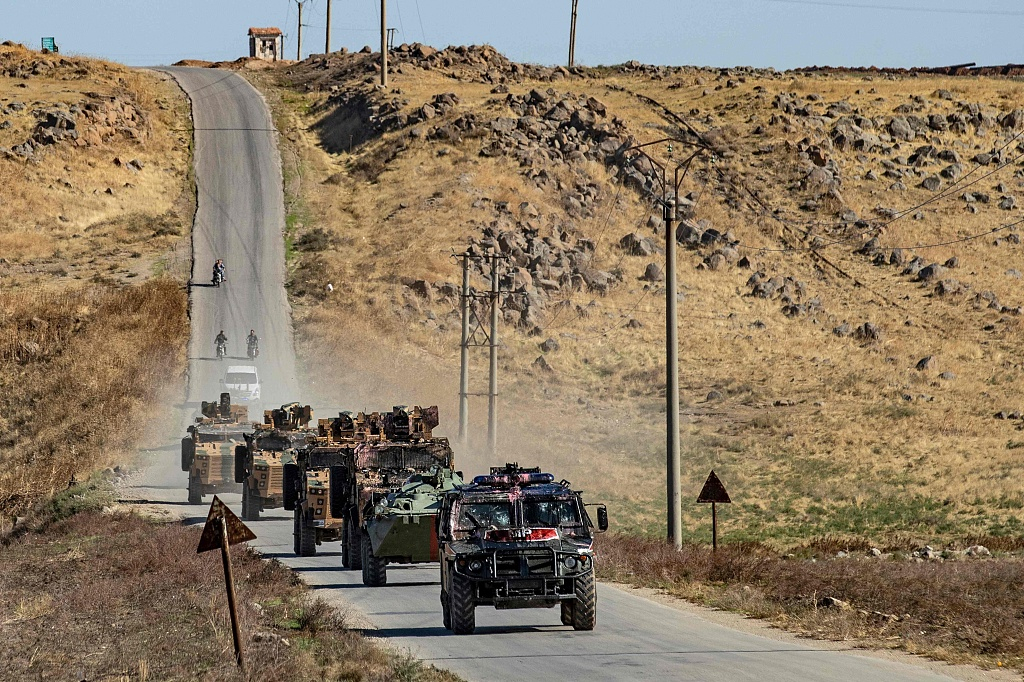 Russian and Turkish military vehicles take part in a joint Turkish-Russian patrol near the town of Al-Muabbadah in the northeastern Syrian Hassake province on the border with Turkey, November 8, 2019. (Photos: VCG)

"We will not leave here until the other countries get out," he was cited as saying by broadcaster NTV.

Ankara began its offensive after Trump announced an abrupt withdrawal of 1,000 U.S. troops from northern Syria last month. The U.S. president has since said that some troops will continue to operate there.

Under its deals with Washington and Moscow, Ankara paused its offensive in return for the withdrawal of the YPG fighters. While U.S. and Russian officials have said the Kurdish fighters have left the region, Erdogan on Thursday accused Russia and the United States of not fulfilling their part.

With the deal Ankara struck with Moscow, Turkish and Russian troops have been holding joint patrols along the Turkish border with Syria. On Friday, the troops completed a third patrol, but a spokesman for the SDF said Turkish troops had used tear gas against some civilians protesting against the patrols.

Turkey's defense ministry said in a statement that the third patrol was completed as planned along an 88-kilometer route along the most easterly section of the border at a depth of 10 kilometers. 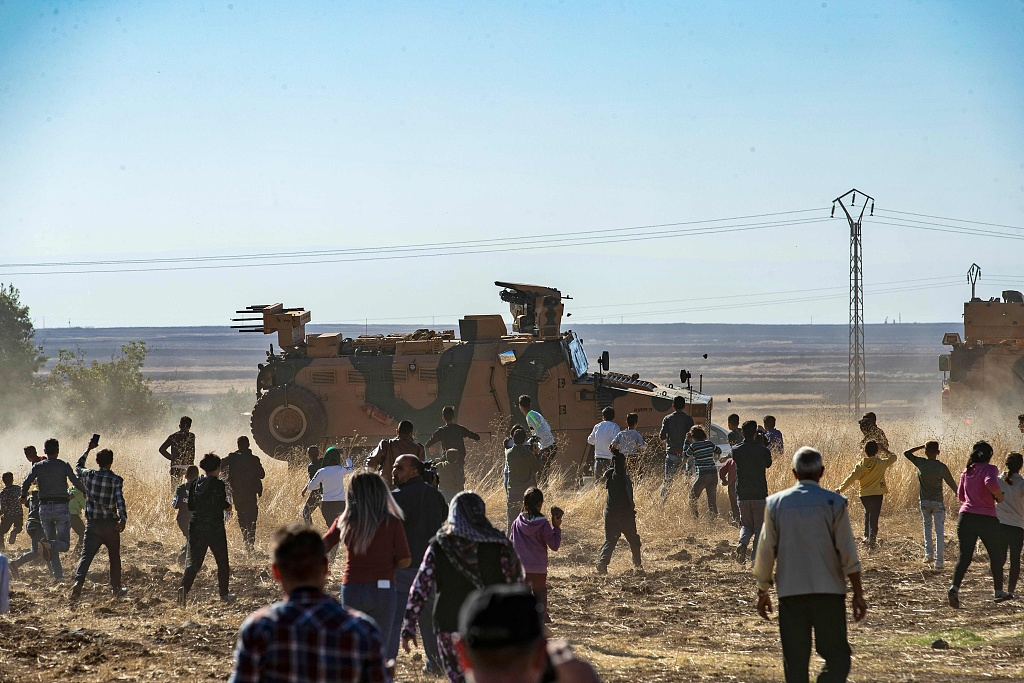 Leaders of Turkey, France, Germany and Britain will meet in London in early December on the question of Syria, according to the Turkish presidency.

"It was decided to organize this four-way summit on the sidelines of the NATO summit scheduled in London on December 3 and 4," Anadolu state news agency quoted Erdogan's advisor Ibrahim Kalin as saying.

Erdogan is expected to sit down with Emmanuel Macron, Angela Merkel and Boris Johnson at a time of high tensions in the NATO alliance over Turkey's offensive last month against Kurdish militants, who had been a key ally for the West against the ISIL. 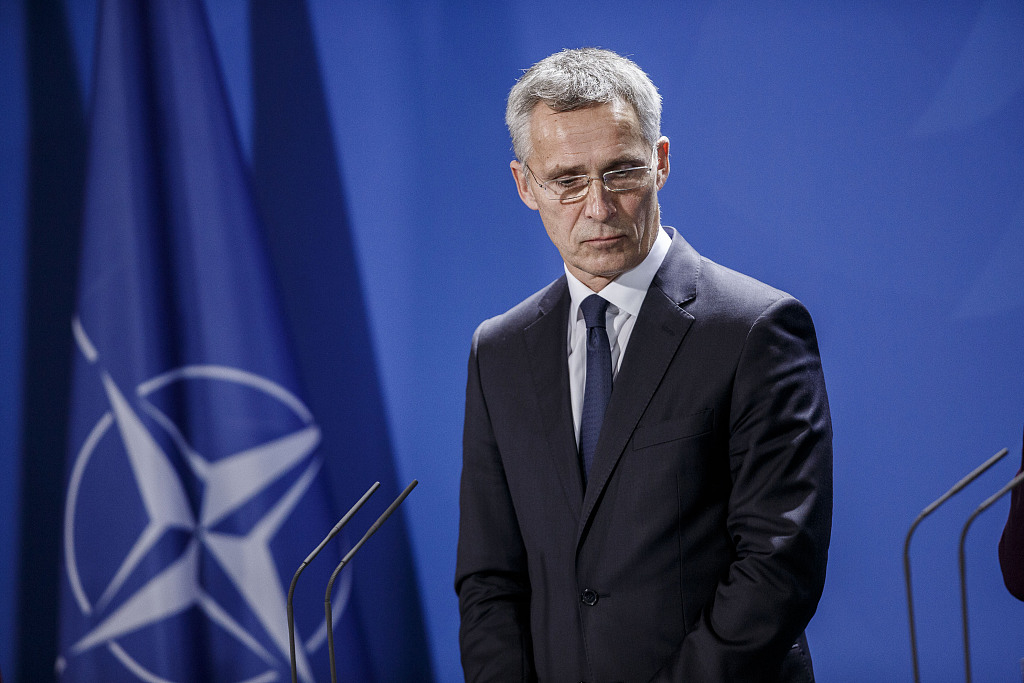 Erdogan has accused Western governments of "siding with terrorists" over their NATO ally.

The Turkish offensive was halted by two ceasefires organized with Moscow and Washington, but Ankara has threatened to resume hostilities if Kurdish forces do not fully withdraw from an agreed 30-kilometer-deep zone along the Turkish border.