Turkey would like better ties with Israel but Israeli policy toward the Palestinians remains "unacceptable," President Tayyip Erdogan said on Friday. 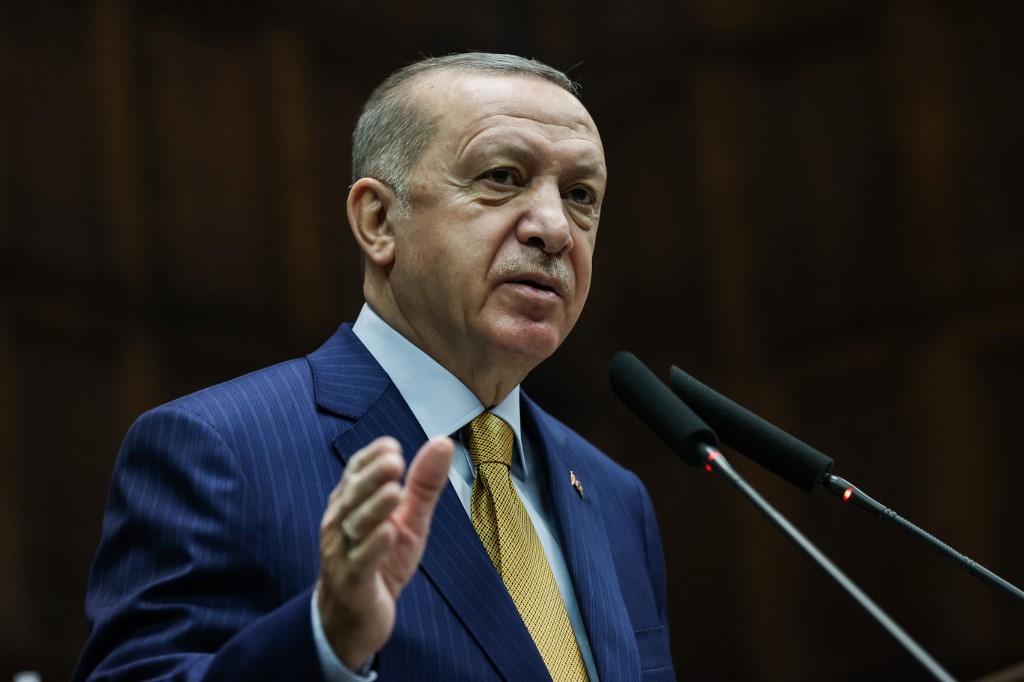 This handout picture taken and released by the Turkish Presidency press office on Decemebr 23, 2020 shows Turkish President Recep Tayyip Erdogan addressing members of his ruling AK Party during a meeting at the parliament in Ankara. (Photo: AFP)

Turkey and Israel, once allies, have had a bitter falling out in recent years. Ankara has repeatedly condemned Israel's occupation in the West Bank and its treatment of Palestinians. It has also criticized recent U.S.-brokered rapprochements between Israel and four Muslim countries.

"The Palestine policy is our red line. It is impossible for us to accept Israel's Palestine policies. Their merciless acts there are unacceptable," Erdogan told reporters after Friday prayers in Istanbul.

"If there were no issues at the top level (in Israel), our ties could have been very different," he said, adding that the two countries continued to share intelligence. "We would have liked to bring our ties to a better point."

Turkey and Israel expelled each other's ambassadors in 2018 after Israeli forces killed dozens of Palestinians in clashes on the Gaza border.

In August this year, Israel accused Turkey of giving passports to a dozen Hamas members in Istanbul, describing the move as "a very unfriendly step."

Hamas seized Gaza from forces loyal to Palestinian President Mahmoud Abbas in 2007, and the group has fought three wars with Israel since then. Turkey says Hamas is a legitimate political movement that won power through democratic elections.

Israel has formalized ties with four Muslim countries this year - the United Arab Emirates, Bahrain, Sudan and Morocco. It said on Wednesday it was working towards normalizing ties with a fifth Muslim nation, possibly in Asia.

Ankara has slammed the U.S.-brokered deals, with Erdogan previously threatening to suspend diplomatic ties with the UAE and withdraw its envoy. Turkey also slammed Bahrain's decision to formalize ties as a blow to efforts to defend the Palestinian cause.

Palestinians see the U.S.-brokered deals as a betrayal of a long-standing demand that Israel first meet their demand for statehood. Egypt and Israel established full relations in 1979 and Jordan in 1994.