Erdogan says wants to put EU relations 'back on track' 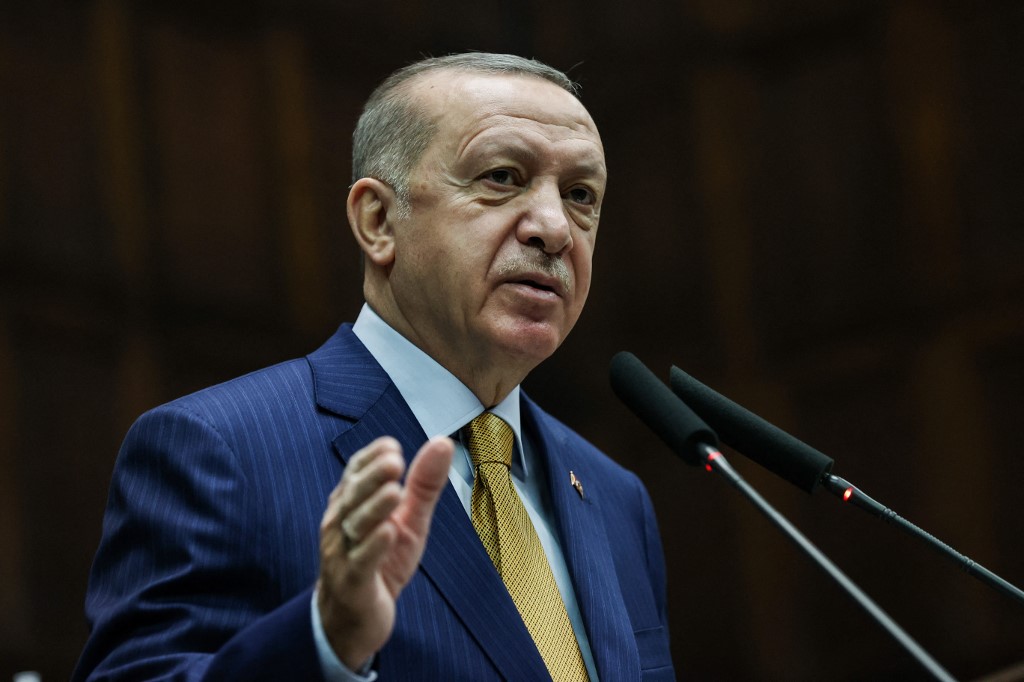 This handout picture taken and released by the Turkish Presidency press office on Decemebr 23, 2020 shows Turkish President Recep Tayyip Erdogan addressing members of his ruling AK Party during a meeting at the parliament in Ankara. (Photo: AFP)

Turkish President Recep Tayyip Erdogan said on Tuesday he wanted to improve relations with the European Union and was hoping for the same "goodwill" from the 27-nation bloc.

Erdogan's comments follow a year of tensions involving Turkey's more assertive foreign policy in the eastern Mediterranean as well as Libya and parts of the Middle East.

Turkey's relations have become especially strained with Greece and European power France as a result.

But the Turkish leader has softened some of his toughest rhetoric and took a conciliatory tone in a televised meeting with EU ambassadors in a presidential compound in Ankara.

"We are ready to put our relations back on track," Erdogan told the ambassadors.

"We expect our European friends to show the same goodwill."

Turkey and Greece this week agreed to address their long-standing dispute over maritime borders at exploratory talks in Istanbul on January 25.

The meeting will be the first since so-called "exploratory talks" between the two uneasy NATO neighbours were suspended after 60 fruitless rounds stretching 14 years in 2016.

"We believe that the exploratory talks... will be the harbinger of a new era," Erdogan said.

He also said he was open to better relations with Paris after months of personal feuds with French President Emmanuel Macron.

"We want to save our relations with France from tensions," Erdogan said.