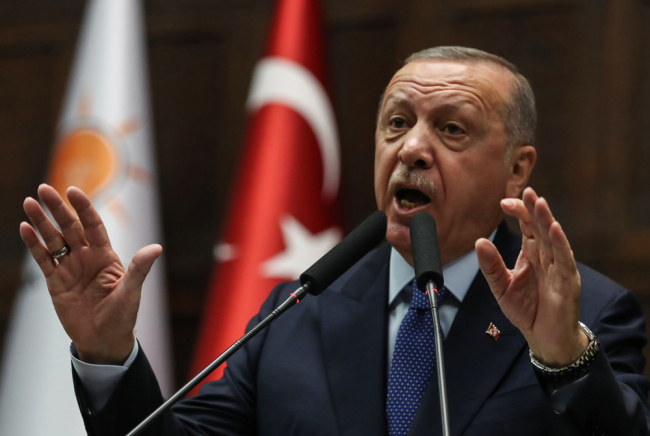 Turkish President Recep Tayyip Erdogan said on Wednesday he would not meet with US Vice President Mike Pence during his visit to Ankara to discuss Turkey's military operation in Syria.

"I am standing tall. I will not meet with them," he told Sky News, referring to Pence and Secretary of State Mike Pompeo.

"They will meet with their counterparts. I will speak when Trump comes," he said.