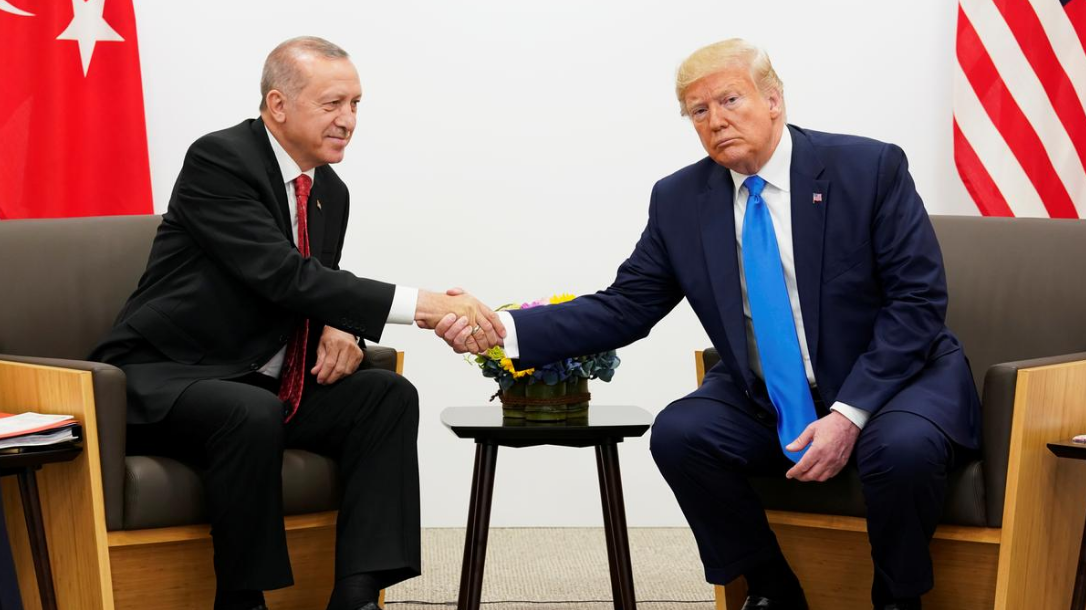 The two leaders also exchanged views on bilateral relations, the directorate said at a written statement.

Earlier, Erdogan urged the international community to impose significant pressure on the Syrian regime to stop its "brutality" in the northern province of Idlib, the last rebel-held stronghold in Syria.

He said over 400,000 people from Idlib have started moving toward Turkey's border to flee hostility in the region.

Erdogan recently has also expressed his concerns that the civil war in Libya would create circumstances for the rise of terror groups like the Islamic State and Al-Qaida.

Libya has been torn by a raging civil war between the UN-recognized Government of National Accord and the Libyan National Army, as the world leaders have been trying to force the warring parties to compromise on a permanent cease-fire.

Trump, meanwhile, has offered condolences to the Turkish leader over Friday's deadly earthquake that rocked Turkey's eastern province of Elazig, the statement noted.

A total of 41 people were killed, and 1,607 others wounded at the 6.5-magnitude tremor on the Richer scale, according to official reports.