WORLD Esper: landmines are an important ‘tool’ for battlefield use

Esper: landmines are an important ‘tool’ for battlefield use 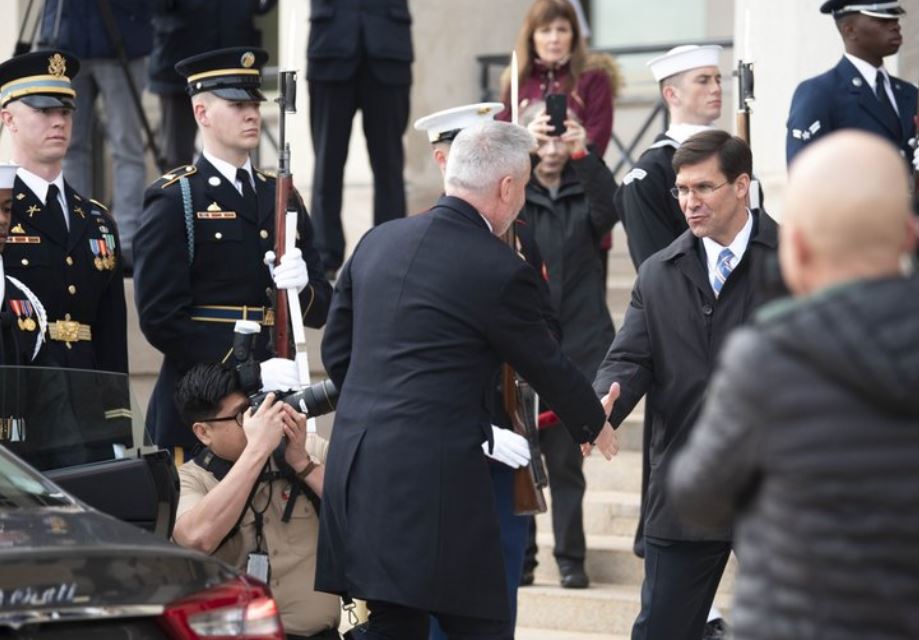 Defense Secretary Mark Esper made a case Friday for giving US military commanders the latitude to use landmines as a means to “shape the battlefield” and protect American forces. He spoke briefly in advance of an expected Trump administration announcement that it will lift certain limits on the use of landmines as a weapon of war.

“Landmines are one of many other important tools that our commanders need to have available to them on the battlefield to shape the battlefield and to protect our forces,” Esper said, adding that he would not comment in detail ahead of the policy announcement.

“At the end of the day, we want to make sure that we have all the tools in our toolkit that are legally available and effective to ensure our success and to ensure the protection of our soldiers, sailors, airmen and Marines,” he said.

The Obama administration had committed to destroying US stockpiles of landmines not needed for the defense of South Korea. It sought to move the United States toward eventually becoming a party to the 1997 Ottawa Convention, an international agreement that banned the use, stockpiling, production and transfer of anti-personnel landmines.

The Trump administration’s shift in policy was first reported by CNN.

Esper was asked whether it is immoral to use landmines, which draw widespread criticism for the dangers they can pose to civilians long after their military utility has ended. He said the new policy was developed during the tenure of his predecessor, Jim Mattis, who resigned in December 2018. Esper took over in July 2019.

“In everything we do, we also want to make sure that these instruments — in this case, landmines — also take into account both the safety of employment and the safety to civilians and others after a conflict,” Esper said, adding that when the details of the new policy are explained, “you will be confident we’ve taken great care and consideration” with regard to civilian safety.