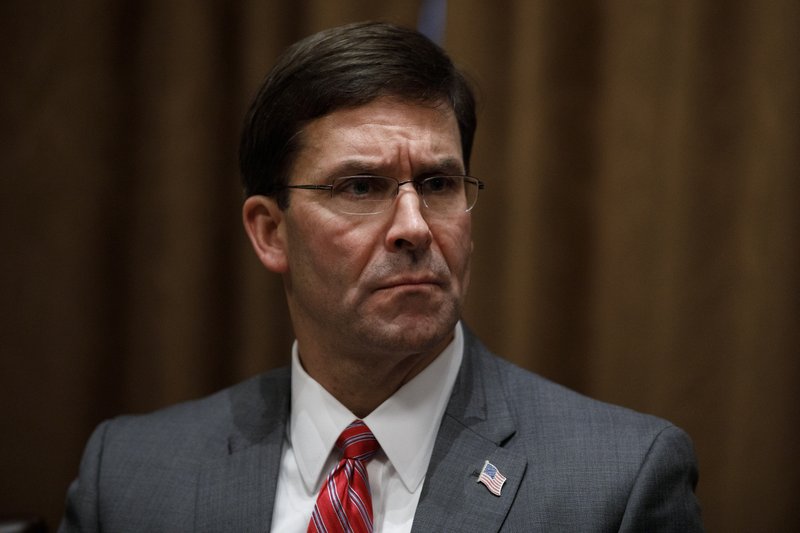 Defense Secretary Mark Esper said Friday the Trump administration is keeping a close eye on unrest in Iran and Iraq, but he sees no immediate need to send any substantial number of additional US forces to the region.

“Right now we believe we have sufficient capability in the theater to deter what we need to deter,” he told reporters flying with him to California.

He said he routinely reviews the adequacy of US military forces in all regions of the globe, taking commanders’ recommendations and requests into account. He said this includes the volatile Middle East, where the Pentagon has already added about 14,000 troops since May.

Depending on circumstances, “there may be some minor augmentations” of forces in the Middle East, as well as routine rotations of units, he said. But no major additions are currently being considered.

Other officials had said earlier this week that an option under consideration called for deploying between 5,000 and 7,000 troops to the Gulf area, but no decisions had been made. Esper’s comments seemed to cast doubt on that option.