WORLD Esper: US to be 'tested soon' on nuclear talks with DPRK

Esper: US to be 'tested soon' on nuclear talks with DPRK

US Defense Secretary Mark Esper said Friday he believes the United States will be "tested soon" on bringing the Democratic People's Republic of Korea (DPRK) back to the negotiating table to discuss its nuclear weapons program, Yonhap reported on Saturday. 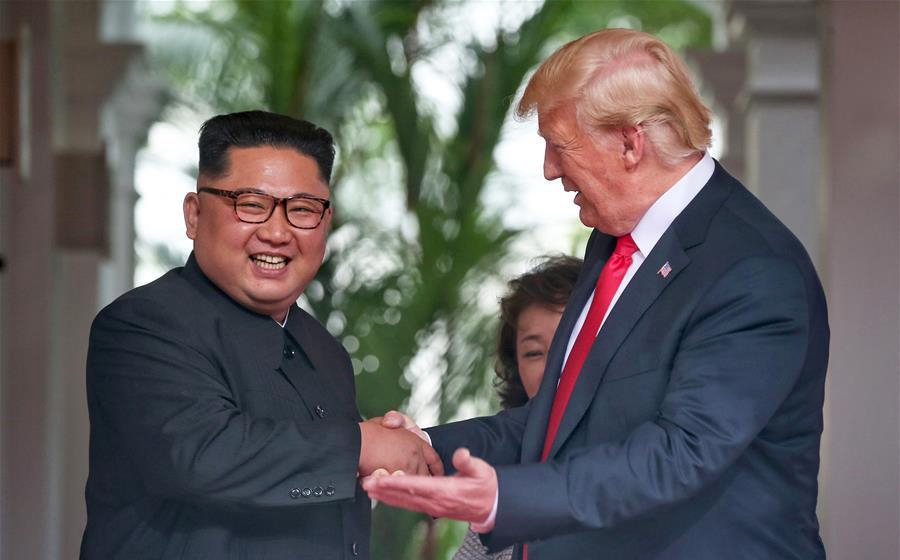 "War on the peninsula would be horrible. Nobody wants to see that," Esper said at the Council on Foreign Relations in New York. "I think we're going to be tested here soon - test in the sense of this next stage, trying to get them back to the negotiating table, and hopefully not back on the other path."

Esper made the comments as he recalled the high tensions between Washington and Pyongyang when he took office as secretary of the Army in the fall of 2017, saying, "We were on the path toward conflict, because we were preparing for it."

Tensions between the two sides have renewed in recent weeks as the DPRK ramped up pressure on the US to come up with a solution to their stalled negotiations before the end of the year.

Pyongyang strongly suggested it will resume nuclear or long-range missile tests if Washington fails to meet that deadline.

On relations with the Republic of Korea (ROK), Esper pressed Seoul on Friday to pay more for the cost of stationing US troops in the country and to maintain an intelligence-sharing pact with its other Asian ally, Japan, that ROK is about to let lapse.

Speaking after a high-level defense policy meeting with his ROK counterpart, Jeong Kyeong-doo, Esper also said the two countries must be flexible with their joint military drills to back diplomatic efforts to end DPRK's nuclear program.

But he stopped short of announcing any new reduction in military exercises that Pyongyang has sharply condemned.

As uncertainty hangs over the troubled peace push, the US and ROK are simultaneously scrambling to clinch an agreement on the defense pact in the coming weeks to cover next year's costs of maintaining a 28,500-strong US military presence aimed at deterring the DPRK. 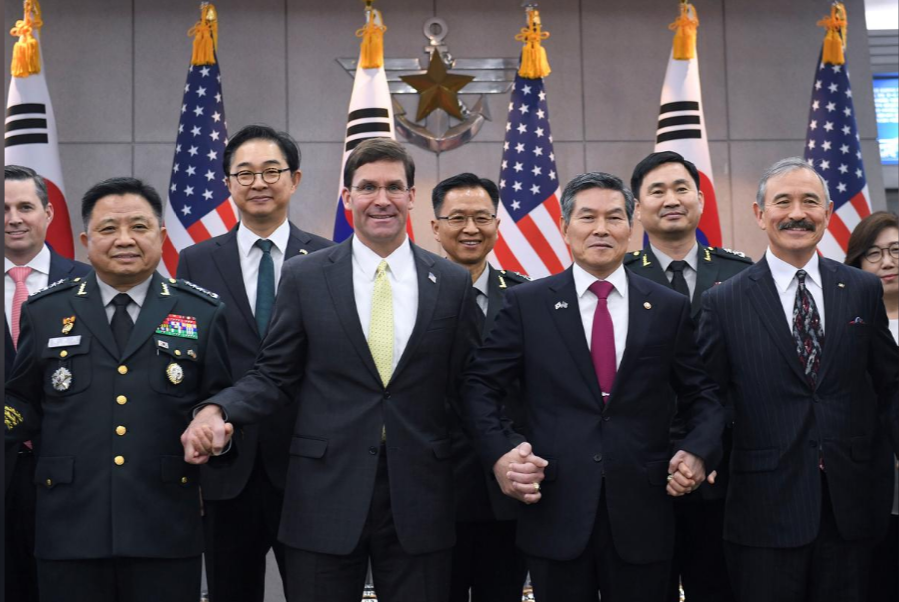 For his part, Jeong said he and Esper shared the view that the cost-sharing pact being negotiated should be fair and mutually agreeable, but it was unclear if they shared any sense of what a fair amount might be.

Responding to questions about US President Donald Trump's criticism of other NATO members, Esper said the United States was not being unreasonable to demand they spend more, saying the Western alliance can't permit "free riders."

"Our alliances are not transactional ones. Rather, they are rooted in mutual respect, common values and a shared willingness to fight for them."

"Much of the world looks to the United States as the global security partner of choice. Not only because of our superior military capabilities and equipment, but also because of our values," he added.

In 2014, the countries of the alliance agreed to increase their defense outlays to reach two percent of GDP each year by 2024.

But as of this year, only nine have achieved that level, and Germany - one of NATO's richest countries - said it will not reach the target before 2030.

The United States spends 3.5 percent of GDP on defense, Esper said, while some NATO members don't reach one percent.