HANOI, Oct. 28 (Xinhua) -- British authorities have sent Vietnam records of four victims among the 39 dead in a refrigerated truck in the British county of Essex for identity verification, the Vietnamese Foreign Ministry said on Monday. 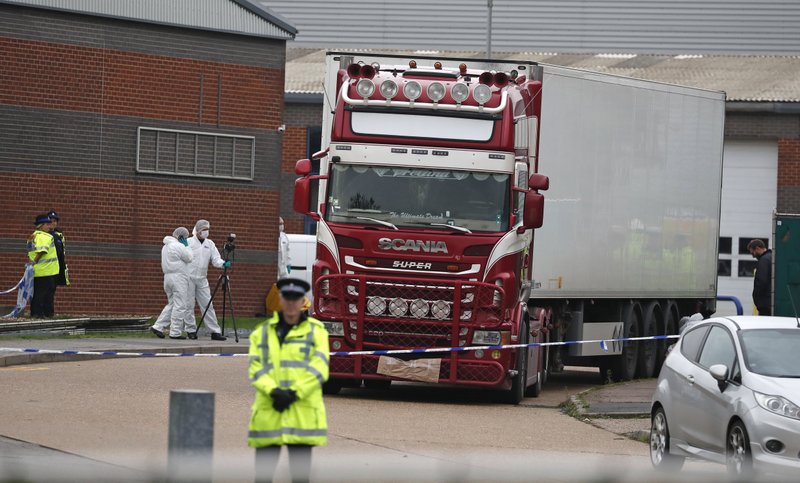 "Vietnam's Ministry of Public Security has received the files for connecting the information and verify the victims' identification," the Vietnam News Agency quoted Deputy Foreign Minister Bui Thanh Son as saying on Monday.

On the same day, British Ambassador to Vietnam Gareth Ward held meeting with representatives from the Vietnamese Ministry of Public Security to further exchange information regarding the case.

"At this time, we have not received confirmation as to who these people are, and where they are from," the ambassador said in a statement released on Monday, adding that he had discussed with the ministry on how they would work closely together during the process of victim identification.

Working groups of the Ministry of Public Security have come to central Nghe An and Ha Tinh province to assess information of the missing cases reported recently and investigate whether they were illegally taken abroad, reported the Vietnam News Agency.

As of Monday, 24 families from the two provinces - 14 from Nghe An and 10 from Ha Tinh - have reported their relatives missing in Britain and Europe following the Essex lorry incident, according to Thanh Nien (Young People) newspaper.

Police of the two provinces have taken hair and nail samples from families who reported missing members feared to be among the deceased 39 for verification purposes.

Thirty-nine bodies, including eight women and 31 men, were found on Oct. 23 in a refrigerated lorry container traveling to Britain from the Belgian port of Zeebrugge.

Vietnamese Prime Minister Nguyen Xuan Phuc has requested the country's Ministry of Public Security, in collaboration with other government agencies and provincial authorities of Nghe An and Ha Tinh, to urgently verify information and investigate cases of illegally taking Vietnamese nationals abroad.

He also asked the Vietnamese Foreign Ministry to closely monitor the situation and work with relevant British agencies to confirm the victims' identity.

Vietnam's Foreign Ministry said in a statement that it had instructed its embassy in London to assist British police with the identification of victims.