WORLD Essex truck deaths: nationality of victims yet to confirm

Essex truck deaths: nationality of victims yet to confirm 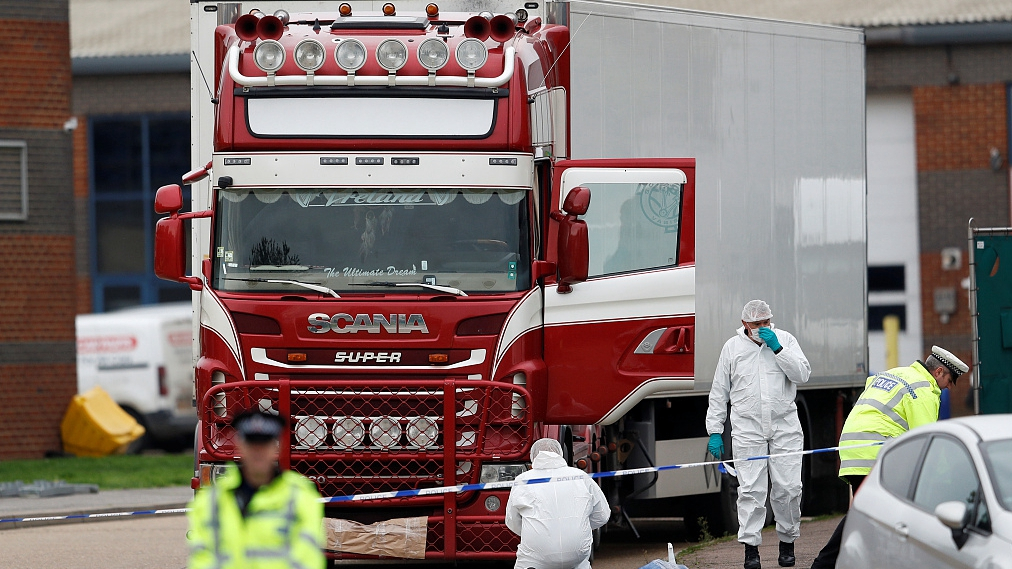 "So far, the British police said it still could not confirm the nationalities of the victims; the Chinese Embassy in the UK has been in close contact with the UK side and asked the UK to provide more effective information to verify the identity of the victims," Geng said.

No matter where the victims came from, this is a very sad tragedy, Geng said.

"The issue of illegal migration and human trafficking is a global challenge that requires joint efforts to combat. China is ready to work with all parties to make active efforts on it," Geng added.

On October 23, British police said the bodies of 39 people were found inside a truck's container at an industrial site in Essex, to the east of London.

According to earlier reports, a total of 24 families have reported to Vietnamese authorities that their family members may be missing in the UK amid fears that they are among the 39 people found dead.