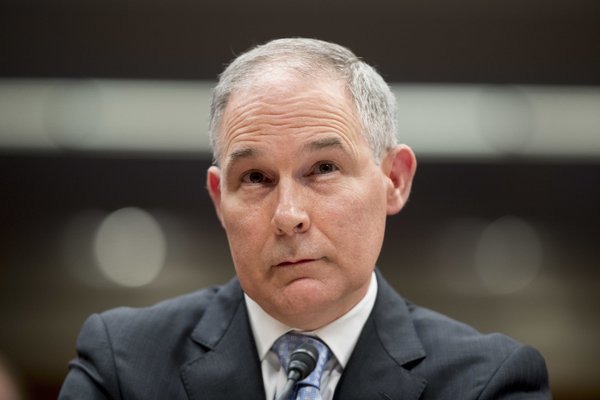 The US Office of Government Ethics is refusing to certify one of the final financial disclosure reports of ex-Environmental Protection Agency chief Scott Pruitt, citing the cut-rate $50-a-night deal Pruitt had for a luxury Washington condo.

The ethics body said in a finding released Tuesday that federal authorities never resolved whether Pruitt’s condo deal with the wife of a lobbyist was a proper business arrangement or an improper gift linked to a lobbyist who did business with the EPA.

Pruitt, a former Oklahoma attorney general, resigned last July amid unrelenting scandals over his lavish spending at the EPA and allegations that he repeatedly sought to use his position to obtain favors for himself and his family.

Pruitt’s critics said those favors included his arrangement to rent a Capitol Hill condo for a below-market rate of $50 a night, payable only on the nights he stayed there. Pruitt rented the luxury condo from a company co-owned by the wife of J. Steven Hart, then-chairman of the powerhouse Washington lobbying firm Williams & Jensen. Hart has since left the firm .

Pruitt had insisted the condo deal was a proper business arrangement. Pruitt couldn’t immediately be reached for comment on Tuesday, and Washington attorney Cleta Mitchell, who sometimes speaks on his behalf, declined to comment, saying she had not reviewed the new ethics finding.

The EPA’s own internal watchdog office closed its probe of the condo deal earlier without ruling on the ethics, saying its investigators were unable to interview Pruitt after he resigned.

Because of that, the Office of Government Ethics says, it also is unable to determine whether the condo deal was something that Pruitt should have reported as a valuable gift. The federal government’s top ethics office therefore is refusing to certify that Pruitt’s financial disclosure report for his last months in office complies with federal ethics codes.

The Office of Government Ethics has only limited enforcement authority regarding ethics rules for senior officials, and it was unclear where the new findings left the many ethics allegations against Pruitt over his time at the EPA.

Democratic lawmakers earlier asked the FBI to look into the scandals surrounding Pruitt. The Justice Department has not publicly disclosed how it responded to those requests.