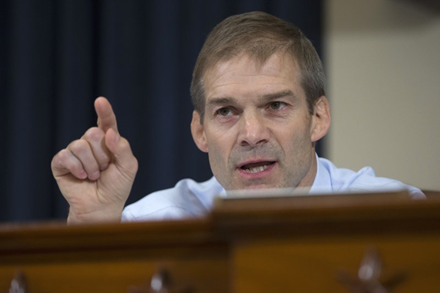 A watchdog group and a former special counsel to President Barack Obama are seeking an ethics review of Rep. Jim Jordan even as former colleagues back his statements that he didn’t know about sexual abuse of wrestlers while coaching at Ohio State University.

Some ex-wrestlers say they were groped by team doctor Richard Strauss and that Jordan knew about the alleged abuse when he was an assistant coach.

The group Democracy 21 and former White House ethics lawyer Norman Eisen want to know whether the Ohio Republican made false statements about that. The request to the Office of Congressional Ethics says questions of dishonesty can bring discredit to the House in violation of House rules.

Jordan is a founder of the conservative Freedom Caucus and potential contender for House speaker.