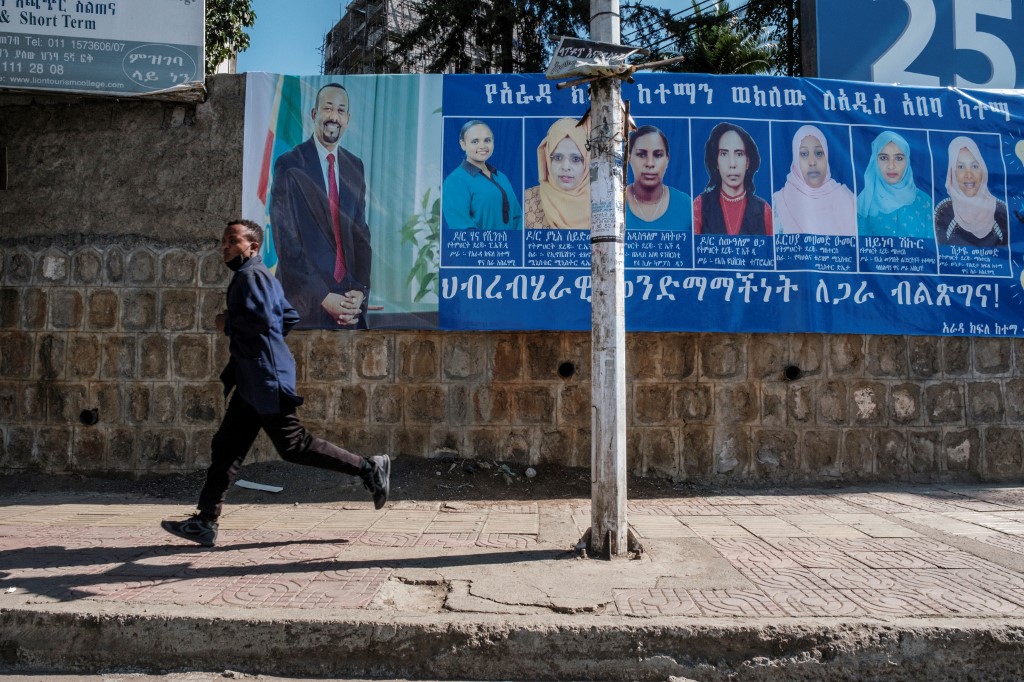 A man runs in front of a sign of a billboard of the political party of Ethiopian Prime Minister Abiy Ahmed, The Prosperity Party, during the electoral campaign for the general elections, in Addis Ababa, Ethiopia, on April 20, 2021. (Photo: AFP)

Ethiopia's electoral board said Thursday that twice-delayed national elections would be held June 21, kicking off a fresh countdown towards a major test of democratic reforms under Prime Minister Abiy Ahmed.

The new date was revealed at a press conference by electoral board spokeswoman Solyana Shimeles, who addressed the media in Amharic.