ADDIS ABABA, Aug. 30 (Xinhua) -- Ethiopia-China ties could be seen as a role model for the successful South-South cooperation platform, the Ethiopian Ministry of Foreign Affairs said on Thursday. 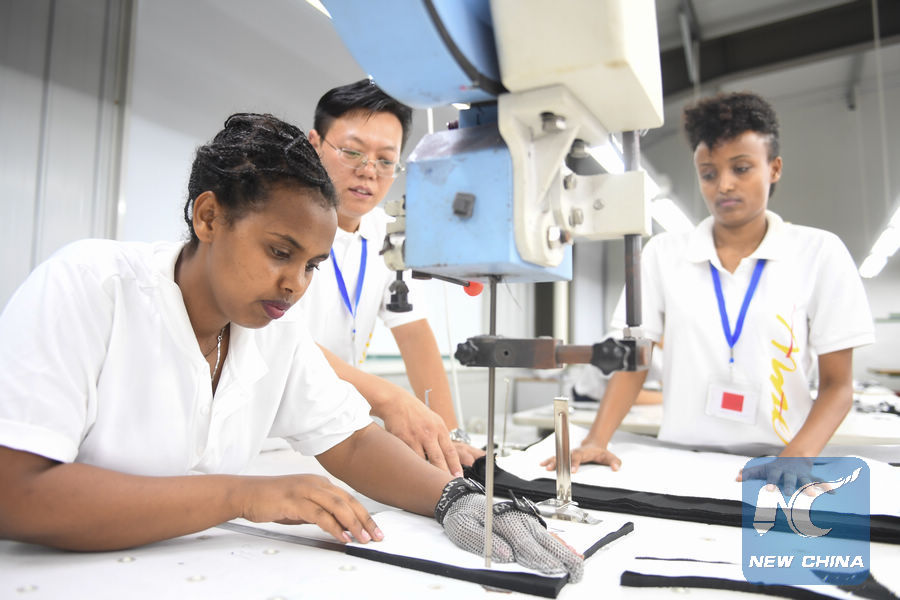 The comprehensive partnership among Ethiopia and China, which represents sustainable and predictable relations on various corporation areas, effectively showcases the successful South-South partnership modality, the ministry said in a statement issued on Thursday.

According to the ministry, the two countries have realized one of the growing and successful relations in infrastructure development, trade and investment as well as development financing.

More than 400 Chinese investments that are worth over $4 billion are presently active in the East African country, creating more than 100,000 job opportunities for Ethiopians, according to the ministry.

The ministry further reiterated that Chinese investments in Ethiopia are largely engaged in the Ethiopian government's key priority sectors, mainly the manufacturing and infrastructure building sectors.

It also indicated that out of the total more than 400 Chinese-investments in the East African country, some 105 are a joint-venture between Ethiopian and Chinese investors, indicating the positive relations among business communities of the two countries.

The ministry further affirmed the Ethiopian government's strong commitment to further deepen the relations among the two countries, in which more than 10 high-level official visits were made by senior Ethiopian government officials during the just concluded Ethiopian 2017-2018 fiscal year.

The visiting Ethiopian government officials had effectively discussed future diplomatic, investment and other priority partnerships with relevant Chinese government representatives, according to the ministry.

The two countries have also conducted strategic agreements on further strengthening the people-to-people relations, which also paved the way for human development partnerships among the two countries, the ministry said.