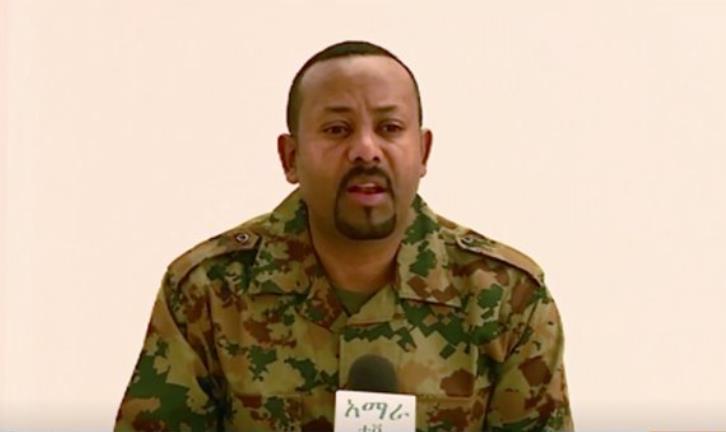 In this image made from video, Ethiopia's Prime Minister Abiy Ahmed announces a failed coup as he addresses the public on television, Sunday, June 23, 2019. (Photo: AP)

A senior army official and others within the military led the coup in the Amhara region, Ahmed said.

Some people were killed and others wounded in the failed coup, the prime minister said without giving more detailed information.