Ethiopian Airlines "believes in" Boeing despite the crash of a Boeing 737 MAX 8 plane that killed all 157 people on board and led to the model's grounding, the carrier's CEO said on Monday. 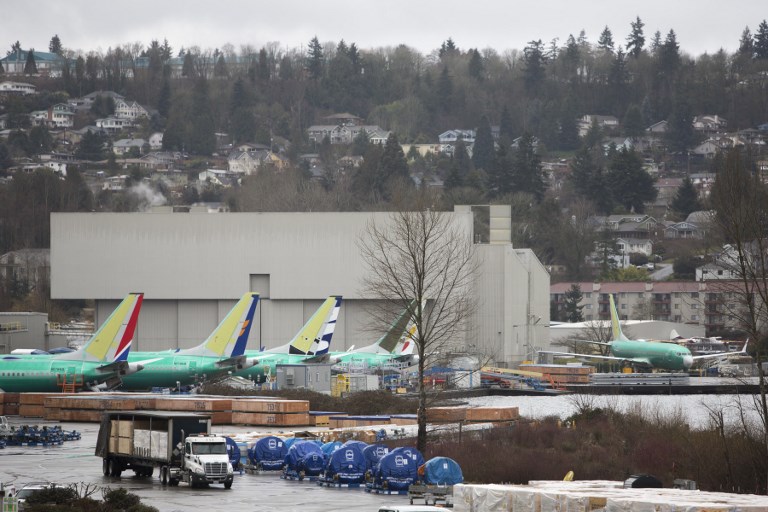 Boeing 737 airplanes, including one for Ethiopian Airlines, fourth from left, are pictured at the Boeing Renton Factory in Renton, Washington on March 12, 2019. (Photo: AFP)

"Let me be clear: Ethiopian Airlines believes in Boeing. They have been a partner of ours for many years," Tewolde GebreMariam wrote in a statement.

Flight ET 302 crashed on March 10 just minutes into its flight to Nairobi.

It was the second disaster for the 737 MAX 8 since the October crash of an Indonesian Lion Air Jet that killed all 189 passengers and crew. Aviation regulators responded by grounding the model around the world.

Ethiopia's transport minister has said "clear similarities" exist between the two crashes based on an analysis of black box data, without giving further details.

Tewolde called for the 737 MAX 8's grounding after the crash, but in the Monday statement struck a conciliatory tone towards the American plane manufacturer whose models make up the majority of the Ethiopian fleet.

"Despite the tragedy, Boeing and Ethiopian Airlines will continue to be linked well into the future," he said.