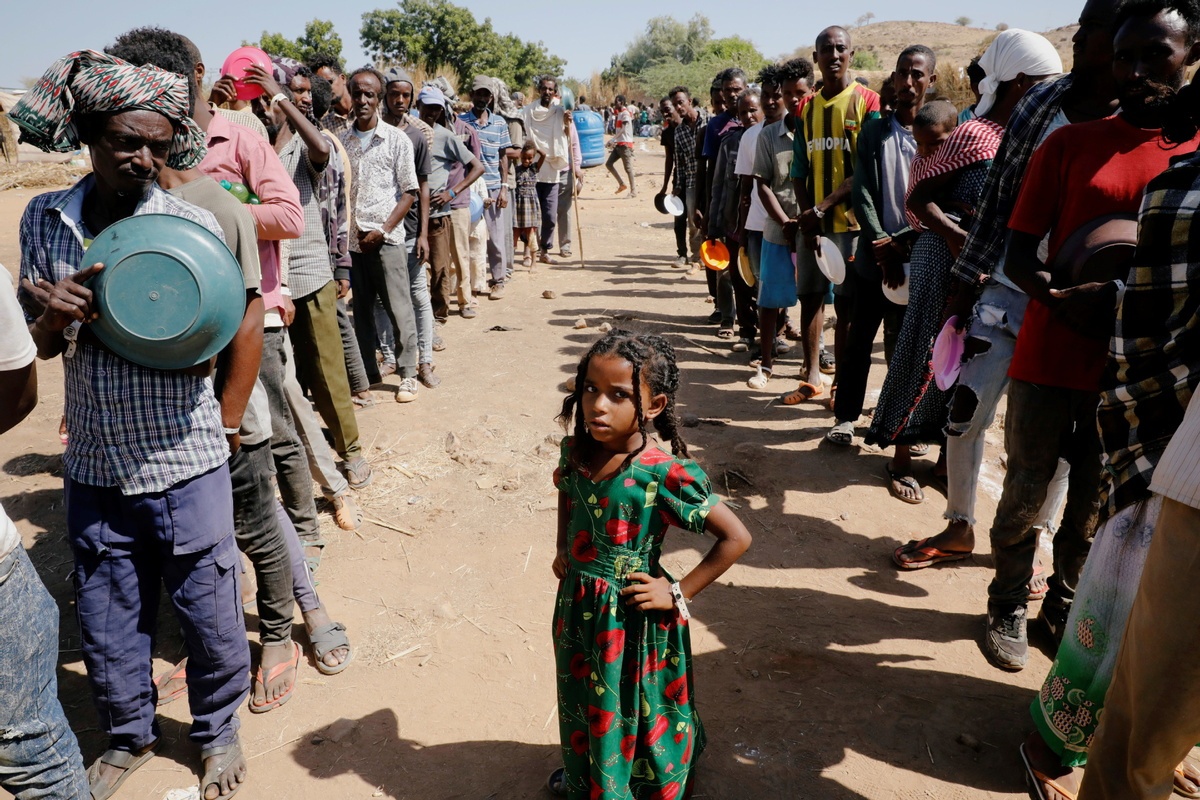 Ethiopian refugees wait in lines for a meal at the Um Rakuba refugee camp which houses Ethiopian refugees fleeing the fighting in the Tigray region, on the Sudan-Ethiopia border, Sudan, November 28, 2020. (Photo: Agencies)

"The defense forces are now hunting anti-peace forces in and around Mekelle city," the Chief of Staff added.

The latest development came after the federal government on Thursday announced the commencement of the "third and final phase" of the military operations towards Mekelle, a city of more than 500,000 people.

The Ethiopian defense forces had been reportedly surrounding Mekelle city. The military earlier disclosed that it had captured towns adjacent to Mekelle city.

On Saturday, the United Nations High Commissioner for Refugees (UNHCR), the UN Refugee Agency, stressed that "concerns are growing for the safety of civilians inside the Tigray region of Ethiopia, particularly in and around the capital Mekelle that is home to 500,000 people."

In recent weeks, there have been rising tensions between Ethiopia's ruling Prosperity Party and the TPLF, with each side accusing the other of trying to destabilize the country.

The Ethiopian federal government has been frequently accusing the TPLF, which was one of the four coalition fronts of Ethiopia's former ruling party, the Ethiopian People's Revolutionary Democratic Front (EPRDF), of masterminding various treasonous acts across different parts of the country.

Three of the former four EPRDF coalition members joined other regional parties last year in establishing the Prosperity Party, as the TPLF refused to join.

The escalating tensions between the federal government and the TPLF were exacerbated in September this year, when the Tigray regional government decided to go ahead with its planned regional elections, which the Ethiopian parliament had previously postponed due to the ongoing COVID-19 pandemic.

Since the early hours of Nov. 4, the Ethiopian government has been undertaking military operations against the TPLF, local force in the Tigray regional state.