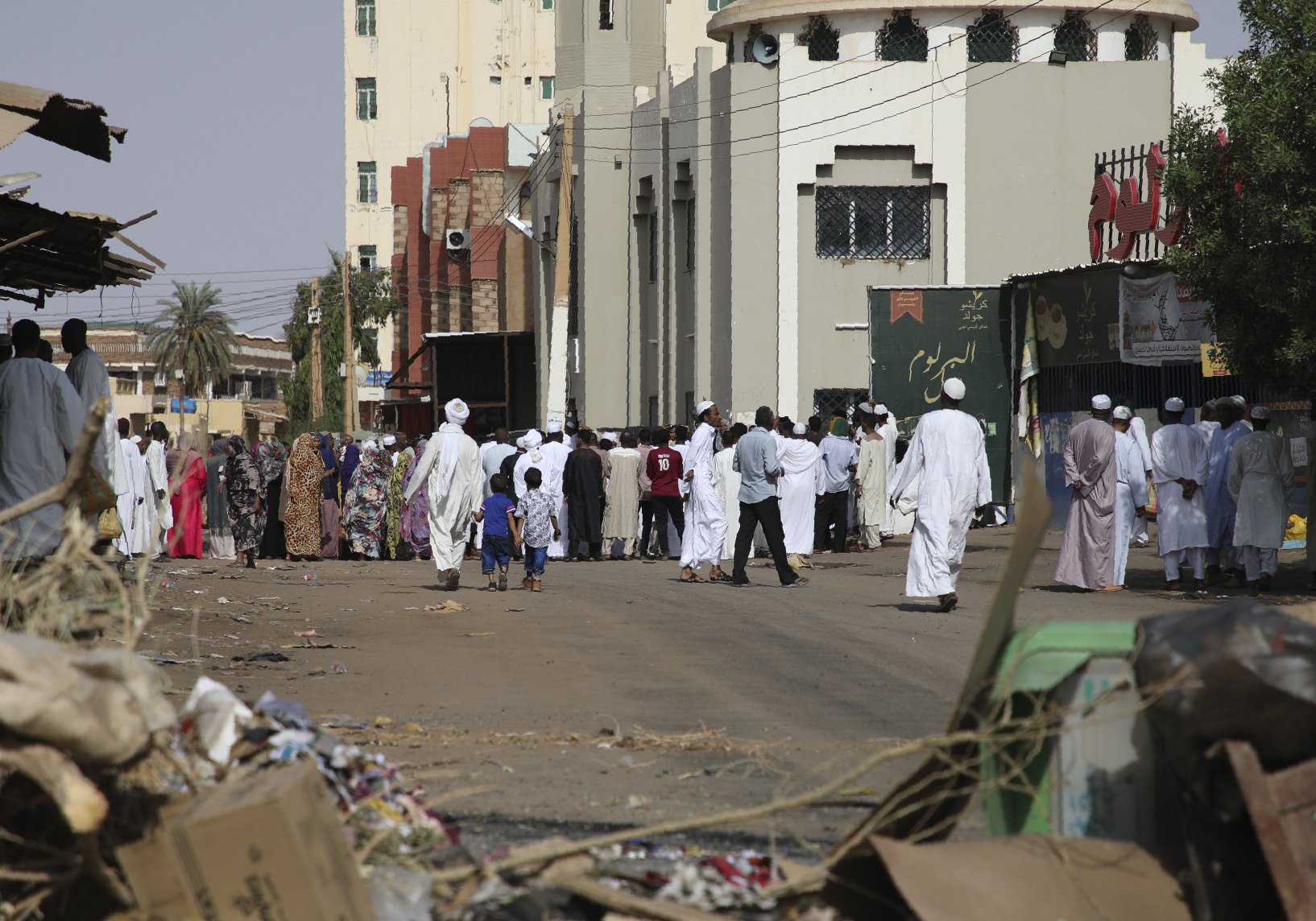 Worshippers gather at a mosque behind a roadblock set by protesters on a main street in the Sudanese capital Khartoum to stop military vehicles from driving through the area on Wednesday, June 5, 2019. (Photo: AP)

Ethiopia's Prime Minister Abiy Ahmed Friday called for a "quick" democratic transition in Sudan as he met the country's ruling generals and protest leaders, days after dozens of demonstrators were killed in deadly violence in the capital.

Ahmed arrived in Khartoum to revive talks between the Sudanese generals and protest leaders after the African Union suspended Sudan on Thursday until the military makes way for a civilian-led transitional authority.

"The army, the people and political forces have to act with courage and responsibility by taking quick steps towards a democratic and consensual transitional period," Abiy said in a signed statement issued to reporters after he held separate meetings with the generals and protest leaders.

"The army has to protect the security of the country and its people and political forces have to think about the future of the country," he said.

Ethiopia and Sudan share a long frontier and experts say instability in one sparks concern in the other.

Protest leaders welcomed Abiy's mediation but insisted that any fresh talks with the generals could happen only if certain conditions were met.

"The Transitional Military Council has to admit the crime it committed," Omar al-Digeir, a prominent leader from the protest movement, the Alliance for Freedom and Change, told reporters, stressing that all "military elements should also be removed from the streets across the country."

The generals are ready to sit for "negotiations and reach a solution at any time," Foreign Ministry official Hassan Ahmed told reporters.

The clashes between security forces and protesters on Monday marked the worst outbreak of violence since the army ousted President Omar al-Bashir in April after months of protests against his rule.

At a regular press briefing on Wednesday, Chinese Foreign Ministry spokesman Geng Shuang reiterated that China has been closely following the situation.

"We hope Sudan can maintain stability, smoothly carry out the political transition and get onto the normal track of development as soon as possible," he said. "In the meantime, China believes that the international community should respect Sudanese people's independent choice and adhere to the principle of non-interference in others' domestic affairs."