EU agrees on 'carbon mechanism' at borders for industrial imports 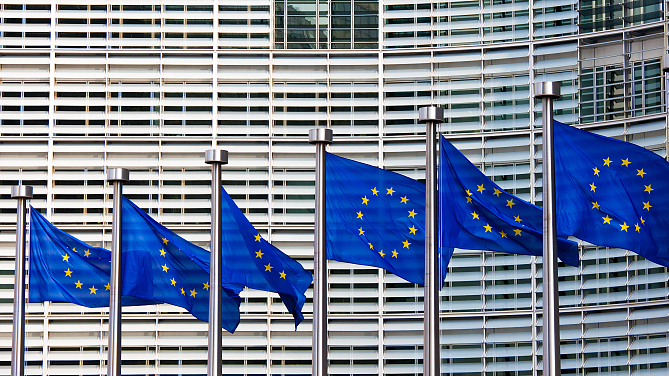 EU member states announced Tuesday the adoption of a mechanism to make industrial imports comply with the bloc's environmental standards by charging for the carbon emissions linked to their production.

"CBAM will be a crucial pillar of European climate policies," said Mohammed Chahim, a member of the European Parliament from the Netherlands, in a statement released by the parliament.

"It is one of the only mechanisms we have to incentivise our trading partners to decarbonise their manufacturing industry."

He added that it would allow the EU to "apply the 'polluter pays' principle to our industry."

Indirect emissions would also be included in the regulation, it added.

This means that in practice, the importer will have to declare the emissions directly linked to the production process, and if these exceed the European standard, acquire an "emission certificate" at the price of CO2 in the EU.

If a carbon market exists in the exporting country, it will only pay the difference.

Under the provisional agreement member states came to on Tuesday, a test period for the agreement will begin in October 2023, during which importing companies will have to report their carbon emission obligations.

The timetable for the actual implementation of the scheme, which will be gradual, will depend on further talks later this week on the rest of the EU's carbon market reform.

"The new bill will be the first of its kind," the European Parliament said in a statement, adding that it was designed to comply with World Trade Organization rules in order to push back against accusations of protectionism.

"This mechanism promotes the import of goods by non-EU businesses into the EU which fulfil the high climate standards applicable in the 27 EU member states," said Jozef Sikela, the Czech Republic's minister of industry and trade.

"This will ensure a balanced treatment of such imports and is designed to encourage our partners in the world to join the EU's climate efforts."