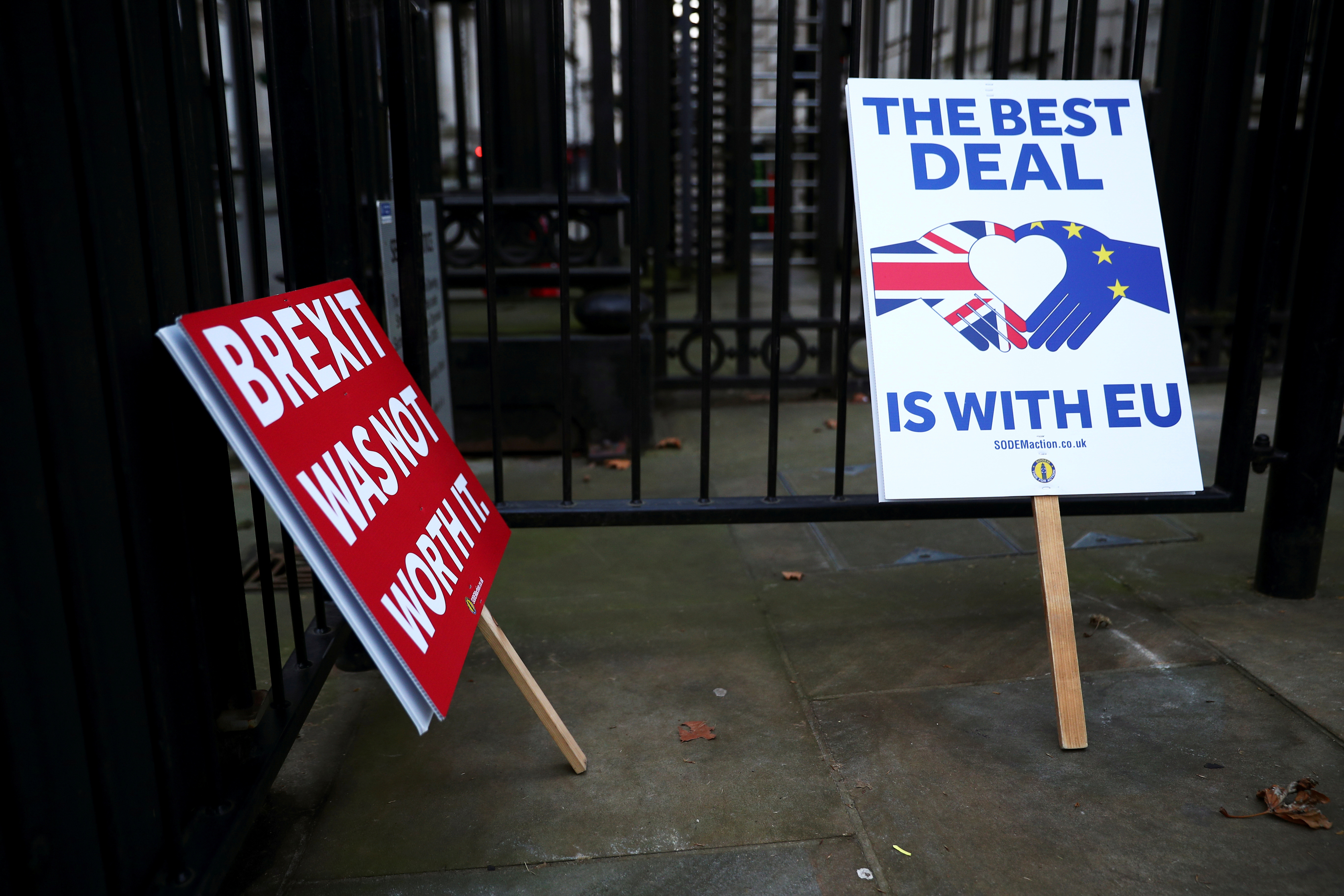 Anti-Brexit placards lie discarded in the UK as the country prepares to leave the bloc in the next few days. (Photo: AP)

The European Union's 27 ambassadors have signed off on the post-Brexit trade deal with the UK, paving the way for the agreement to come into force when the transition period expires on January 1.

At a meeting on Monday, ambassadors unanimously approved the provisional application of the 1,246-page trade and security treaty, meaning it will take effect at the end of the year despite the European Parliament not yet ratifying it.

In a tweet, spokesperson Sebastian Fischer said ambassadors gave the Brexit deal the "green light" and set a 2 p.m. GMT Tuesday deadline for the "final adoption by use of written procedure." 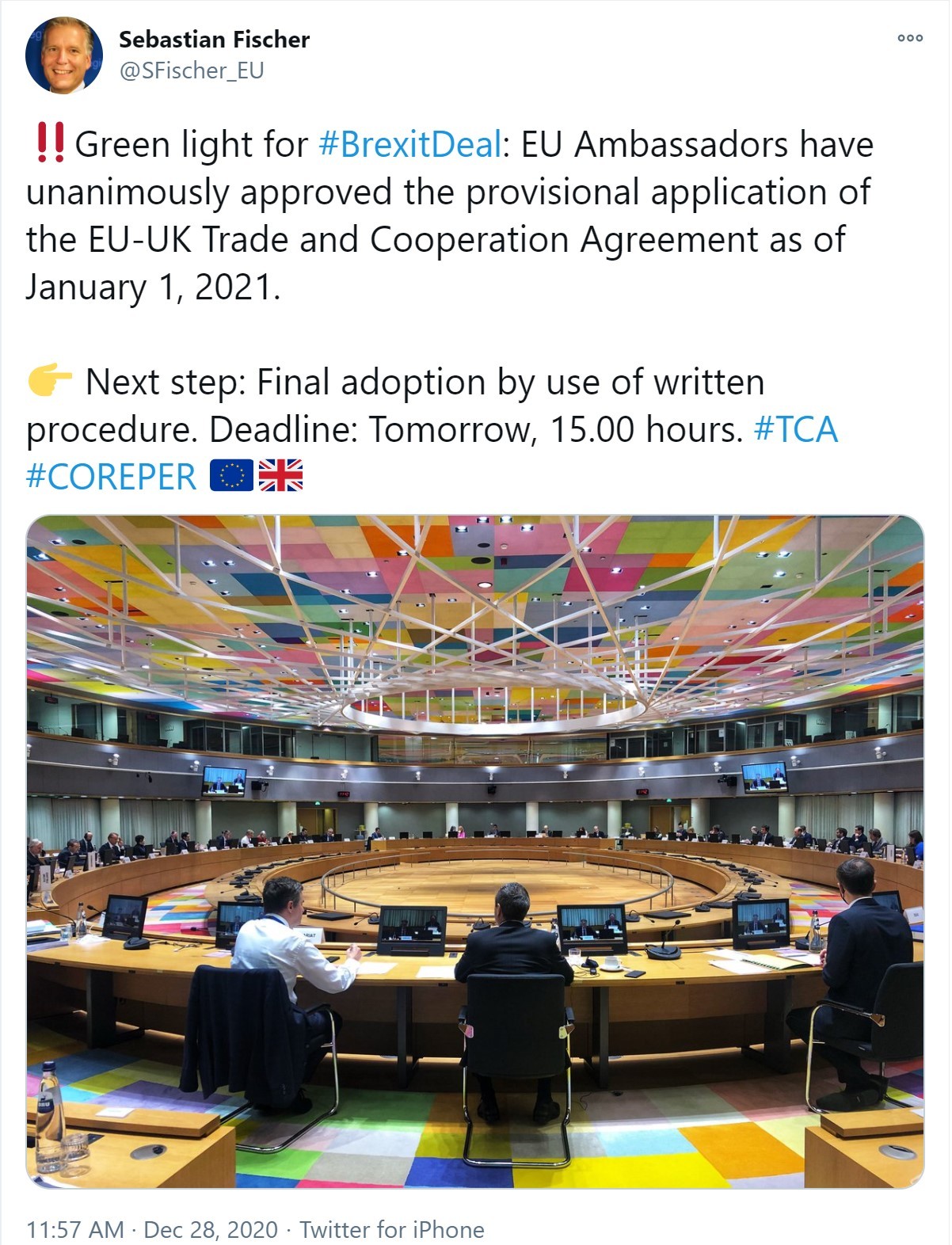 Some countries, such as Sweden, need to consult their national parliament before adopting the final text. The written consent by all 27-governments needs to arrive at the Council of the EU by 3 p.m. Brussels time on 29 December, said the spokesperson.

The UK's House of Commons is expected to approve the accord in a vote on Wednesday.

Brussels and Downing Street clinched the tariff-free, quota-free trade agreement on Christmas Eve. Provisionally applying it will help avoid as much border disruption as possible on January 1, when new customs checks come into force, despite the accord being in place. For the first time in decades, millions of new customs declarations will need to be filled out and hauliers will need to access permits to make their deliveries. There are concerns long lines of trucks will form as products cross the UK-EU border. UK citizens looking to travel to Europe will also need to have at least six months' validity remaining on their passports, comprehensive travel insurance and they could be subject to roaming charges on their cell phones.

"Businesses will need to make sure that they're ready for new customs procedures and we as individuals will need to make sure that our passports are up to date because they need to have at least six months before expiry on them in order to be able to travel abroad," he said. "I'm sure there will be bumpy moments but we are there in order to try to do everything we can to smooth the path."

A frightening preview of what could happen come January 1 played out just before Christmas when France shut its borders to the UK as concerns mounted over a new, highly contagious variant of the coronavirus. Thousands of trucks were held up on either side of the Channel and took days to clear.