The European Union and NATO on Monday welcomed the departure of a grain shipment from Ukraine as a "first step" towards easing the food crisis caused by the Russian military operation. 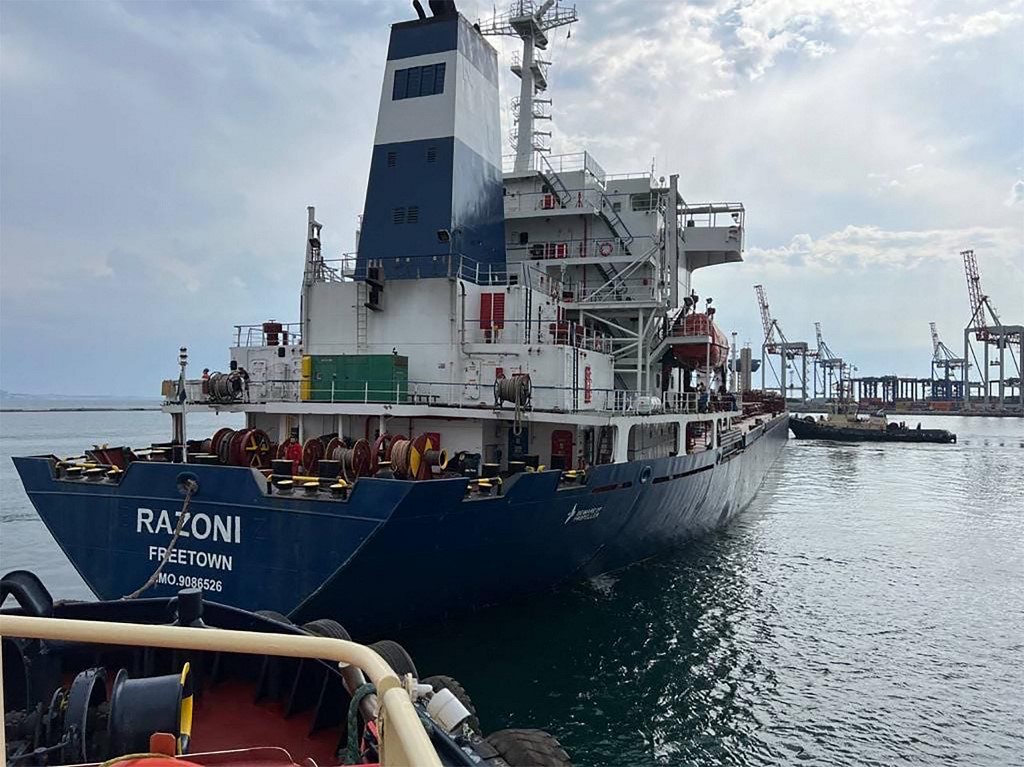 This handout picture taken and released by the Turkish Defence ministery press office on August 1, 2022, shows the Sierra Leone-flagged dry cargo ship Razoni, carrying a cargo of 26,000 tonnes of corn, departing from the Black Sea port of Odesa. (Photo: AFP)

But EU spokesman Peter Stano said Brussels still expects the "implementation of the whole deal and resumption of Ukrainian exports to the customers around the world."

Earlier the Razoni, a Sierra Leone-registered cargo ship, had left the Ukrainian port of Odessa bound for Lebanon with a vital shipment of 26,000 tonnes of grain.

It was the first vessel to leave a Ukrainian port since Moscow and Kiev signed an agreement brokered by Turkey and the UN to free up food shipments despite their conflict.

Speaking to the EU foreign service, Stano accused Russia of blocking the shipments "for months" and noted that Russia had fired missiles at the port of Odessa on the day after the deal was signed.

He blamed the food shortages gripping parts of the Middle East and Africa on "the unprovoked Russian aggression on February 24 and the blocking of Ukrainian ports and grain exports".

Russian forces started a military operation in Ukraine in February and have seized or bombarded several of the country's ports, some of which Ukrainian defenders have since mined to protect them.

Under the July 22 deal signed in Istanbul, Ukraine is to remove the mines and Russia to lift its blockade, but shipments have been slow to restart and fighting on land continues.