WORLD EU and Turkey fight back in trade dispute with US

EU and Turkey fight back in trade dispute with US 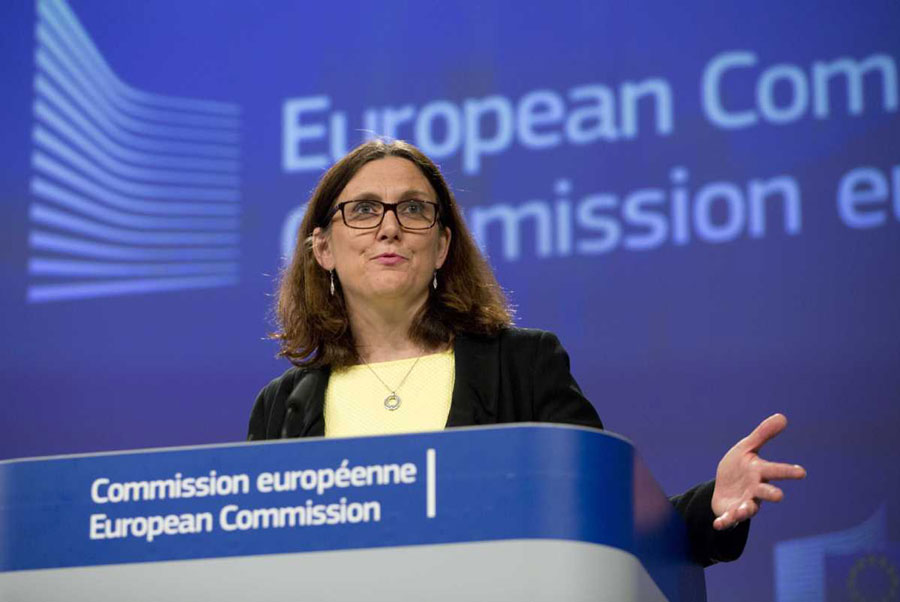 Turkey introduced new trade tariffs on imports from the United States on Thursday in response to the extra taxes its steel exports now face at the US border.

Reuters said the tariffs introduced by Ankara are worth $266.5 million and are in retaliation to the US tariffs on steel imports that Economy Minister Nihat Zeybekci described as "ill-advised" and "unsupportable".

"The total tariff burden today being imposed by Turkey on the US is commensurate with the additional costs Turkey faces due to the tariffs imposed on it by the US," Zeybekci said in a statement.

The new taxes Turkey is levying will hit imports of US whiskey, vehicles, coal, paper, tobacco, rice and other products.

"They are proportional, measured and designed to protect Turkey's interests, while encouraging dialogue," Zeybekci said.

The BBC reported on Thursday that the European Union was also set to bring in a raft of retaliatory tariffs against imports from the US. They are expected to be introduced on Friday.

The new tariffs are in response to US President Donald Trump's decision in March to impose 25 percent import duties on steel arriving in the United States, and 10 percent on aluminum imports. Nations around the world have criticized Trump's move, saying it is protectionist and risks triggering a global trade war.

Cecilia Malmstrom, the EU's trade commissioner, said the new EU tariffs will be aimed at imports into the trading bloc of US products, including jeans, motorbikes and whiskey.

"The unilateral and unjustified decision of the US to impose steel and aluminum tariffs on the EU means that we are left with no other choice," the BBC reported her as saying.

The EU is expected to also begin taxing imports of US cranberries, orange juice, sweetcorn, peanut butter, and other products.

Canada has also recently announced retaliatory tariffs on US imports that will be worth $12.5 billion a year. Mexico too has fought back with tariffs worth $3 billion.

The latest salvos in the brewing trade war follow Trump threatening on Tuesday to impose an additional set of duties on Chinese goods that will be worth another $200 billion.

These taxes come on top of recently introduced tariffs on Chinese products worth around $50 billion.

China has described Washington's actions as "blackmail" and vowed to "fight back firmly". Trump, meanwhile, has said his moves are aimed at limiting the amount of relatively cheap steel flowing into the US, something he says is necessary on national security grounds.