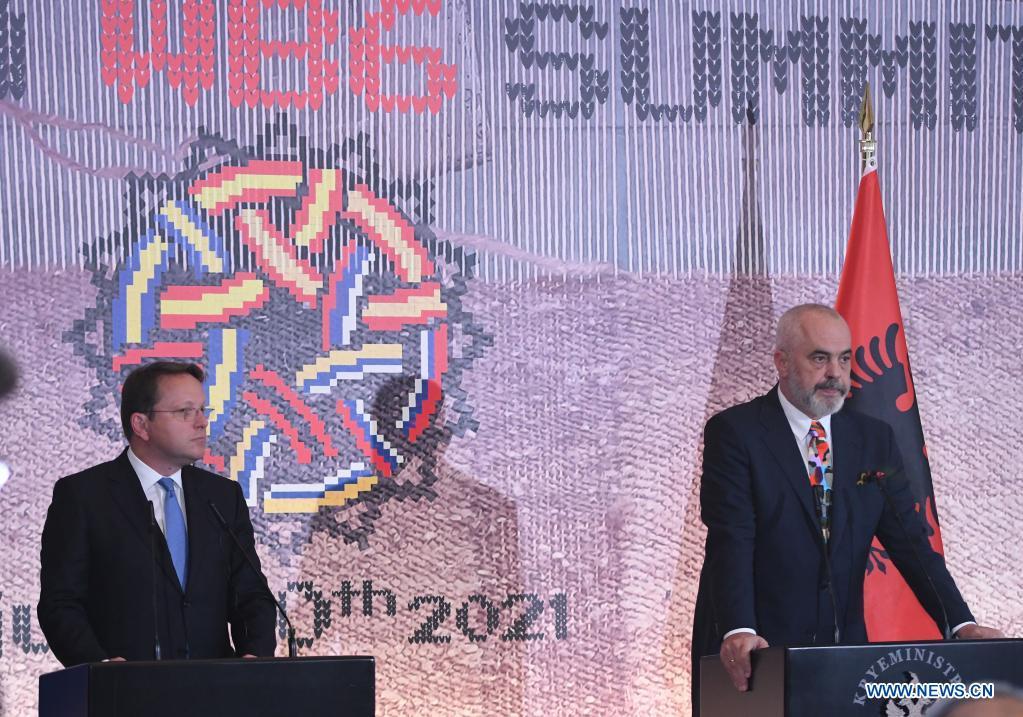 On Thursday, Rama and Varhelyi co-hosted the sixth summit of the WB leaders held at the Presidential Palace here.

"We are ready to reaffirm our commitment that we have put on the table with the economic and investment plan, a plan that mobilizes one-third of the region's gross domestic product, almost 30 billion euros in the form of investments that will come to the region," Varhelyi told journalists.

However, he noted that the investment plan "will not work if the region does not function as a whole."

Rama underlined that the WB countries must acknowledge that the "EU has done its part so far and that it is up to the Western Balkan countries to do their part."

The purpose of this summit, Rama said, was to promote the EU's "four freedoms" -- free movement of goods, capital and persons, and freedom to establish and provide services -- in the WB region in the framework of an EU economic and investment plan.

Rama said that the WB countries are taking steps toward the implementation of the "four freedoms" and aim for these steps to be recognized in the EU in terms of trade, data governance and economic opportunities.

Varhelyi commended the commitment of the WB leaders and the work done so far to create a common regional market.

"We are looking at the first results that are changing the citizens' lives with the launch of the agreement without roaming tariffs throughout the Western Balkans and we are waiting for the recognition of diplomas or the movement only with identity cards," Varhelyi said.

Rama said he was convinced that what he called the "regional Schengen project" was a strategic project that would bring "extraordinary economic, social and political benefits to the entire region."

Rama also told reporters that during the summit, the WB leaders asked the EU to recognize the digital green cards (or vaccination passports) that will allow WB citizens to move freely within the EU.