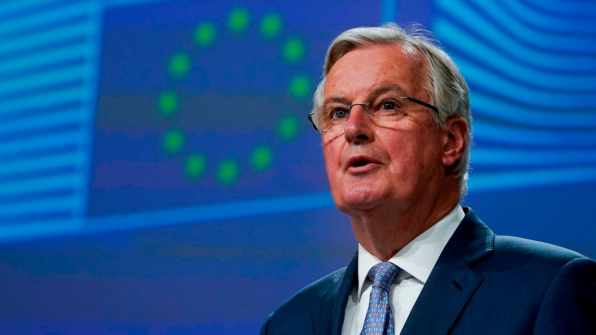 The 69-year-old French diplomat becomes the highest-profile EU official to be confirmed as a Covid-19 patient since the outbreak began - throwing the future of Brexit talks into fresh doubt.

"I would like to inform you that I have tested positive for COVID-19," Barnier posted on social media. "I'm fine, morale is good. I naturally follow all the instructions, just like my team."

Barnier is strictly confined to his home in France now. "My message to all those who are affected or currently isolated: we will get through this together," he said. 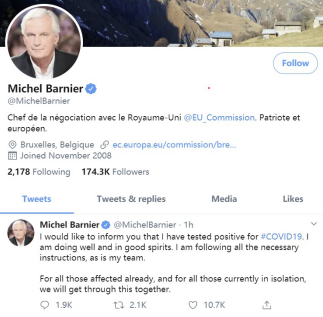 He is not the first case to be identified within EU institutions. Ursula von der Leyen, the president of the European Commission, said last week that six of staff members had tested positive for coronavirus.

Around 32,000 people are employed by the Commission, mainly in Brussels. The Commission sent most of its workers home on Monday, with only a few coming in to perform "critical functions" in shifts.

Barnier had been due to resume talks with Boris Johnson's Europe adviser David Frost on Wednesday, but these had already been scuppered by the virus outbreak.

Negotiations on a future trading relationship were expected to get back on track next week, but not in person. It is unclear whether they will now have to be delayed again.

Europe is the new epicentre of the disease. The EU and UK have over 70,000 cases, with thousands of new cases every day.