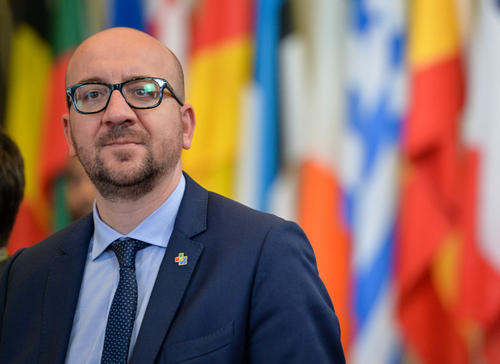 EU chief Charles Michel defended the crumbling Iran nuclear deal Thursday after US President Donald Trump urged Europe to quit it, but warned Tehran against "irreversible acts" that would sink the accord.

The president of the European Council used a call with Iran's President Hassan Rouhani to call for a de-escalation of tensions after Tehran carried out missile strikes on US military bases in Iraq in retaliation for the assassination of one of its top generals.

A White House statement from Trump calmed fears of all-out war erupting, but the US leader demanded that the other parties to the 2015 Iran nuclear deal follow his lead and withdraw from the pact.

The European parties -- Britain, France and Germany -- have led efforts to save the deal, which has been crumbling since Trump pulled out in 2018 and reimposed sanctions, and Michel insisted it remained vital.

"The JCPOA agreement was an important achievement after 10 years of intense international negotiations and remains an important tool for regional stability," Michel's office said in its readout of his call with Rouhani.

The statement said Michel had insisted "the EU has its own interests and its vision" -- implicitly distancing EU capitals from Washington.

The warning follows Tehran's announcement of its latest step back from commitments under the 2015 deal, which saw it granted sanctions relief in return for curbs on its atomic programme.

Europe has seen a flurry of diplomatic activity this week as it seeks to calm two major crises on its periphery -- Iran and Libya, where the UN-backed government is under pressure from a rival military strongman.