EU chief Ursula von der Leyen on Wednesday vowed to boost humanitarian aid to Afghanistan as she pledged the 27-nation bloc stands "by the Afghan people". 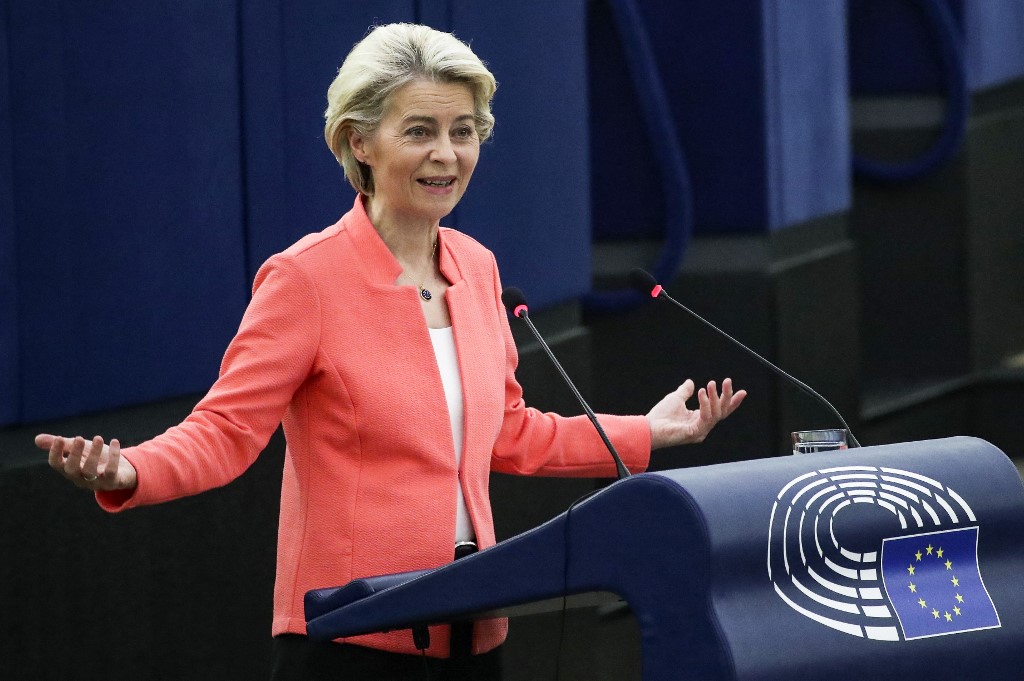 European Commission President Ursula von der Leyen delivers a speech during a debate on "The State of the European Union" as part of a plenary session in Strasbourg on September 15, 2021. (Photo: AFP)

"We must do everything to avert the real risk that is out there of a major famine and humanitarian disaster," European Commission president von der Leyen said in her annual State of the European Union address.

"We will do our part, we will increase again, humanitarian aid for Afghanistan by 100 million euros," she added.

The new promise comes after the European Commission -- the EU's executive -- already quadrupled its humanitarian aid to Afghanistan for this year to 200 million euros ($236 million) as the country struggles to stave off collapse after the Taliban's takeover.

Brussels has said that none of the aid will go to Afghanistan's new rulers and has demanded the Taliban ensure access for humanitarian workers in the country.

Von der Leyen said the EU would set out in full its "new, wider Afghan support package" in the coming weeks.

The EU is worried a humanitarian catastrophe in Afghanistan could spark a mass wave of refugees heading to the bloc, similar to the 2015 migrant crisis caused by the Syrian war.

The bloc has set out a raft of conditions on increasing its direct engagement with the Taliban including protecting human rights, allowing people to leave the country, and forming an inclusive government.

An international donor conference in Geneva on Monday ended with pledges of $1.2 billion in aid for Afghanistan, as United Nations chief Antonio Guterres pleaded that the people "need a lifeline".