WORLD EU chiefs clash over whether to meet with Putin

EU chiefs clash over whether to meet with Putin 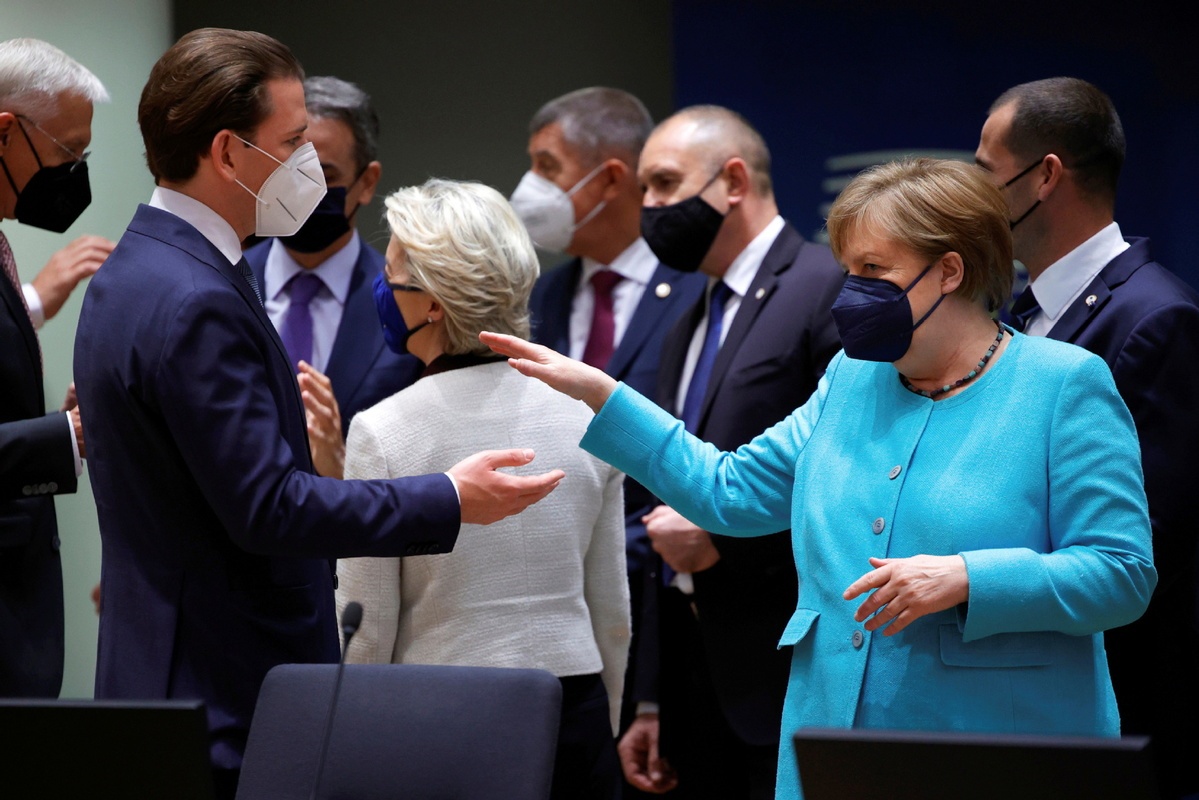 Leaders of the European Union's 27 member nations have engaged in heated debate over divisive issues including a possible meeting with Russia's President Vladimir Putin and a so-called anti-LGBTQ law in Hungary.

Poland and the three Baltic countries of Estonia, Latvia and Lithuania led the charge in opposing a proposal by Germany's Chancellor Angela Merkel and France's President Emmanuel Macron to hold an EU leaders summit with Putin.

The conclusion document issued after a two-day EU summit in Brussels that ended on Friday had some harsh rhetoric on Russia.

"The European Council expects the Russian leadership to demonstrate a more constructive engagement and political commitment and stop actions against the EU and its member states, as well as against third countries," the document said.

Poland's Prime Minister Mateusz Morawiecki said: "Starting any direct dialogue on the highest political level is only possible in a situation where there is an actual deescalation and actual withdrawal from the aggressive politic."

"We have to deal with Russia, but being very cautious about the real intentions of Putin's regime."

Austria's Chancellor Sebastian Kurz supported the German-French proposal. "I am very happy that there is finally movement in the direction of a dialogue with Russia," he told reporters.

Merkel insisted that the EU should be able to talk to Putin.

"The president of the US met for a serious talk with Vladimir Putin, which I did not have the impression was a reward for the Russian president," Merkel, in her last EU summit after 16 years in power, said after the summit.

"A sovereign EU, in my opinion, should also be able to represent the interests of the EU in such a similar conversation."

Macron expressed dismay that the EU would take a stance tougher than that of the US toward Russia even though it neighbors the EU.

"The aberration is that we are today the power that is the harshest with Russia, but they are our neighbors," he said, adding that none of the EU leaders at the table was shocked by the recent meeting of the US President Joe Biden with Putin.

Russia has expressed its regret over the EU's reluctance to the proposal for a summit with it.

At the EU summit, leaders were also divided over the so-called anti-LGBTQ law in Hungary.

The Hungarian parliament has passed a law that bans the portrayal of homosexuality and sex reassignment in school education material and TV programs addressed to people under 18 years old.

The government argued that the law primarily targets pedophilia, but the issue was put on the EU summit agenda after a group of 14 EU leaders signed a joint letter on Thursday in defense of the LGBTQ community, albeit not naming Hungary.