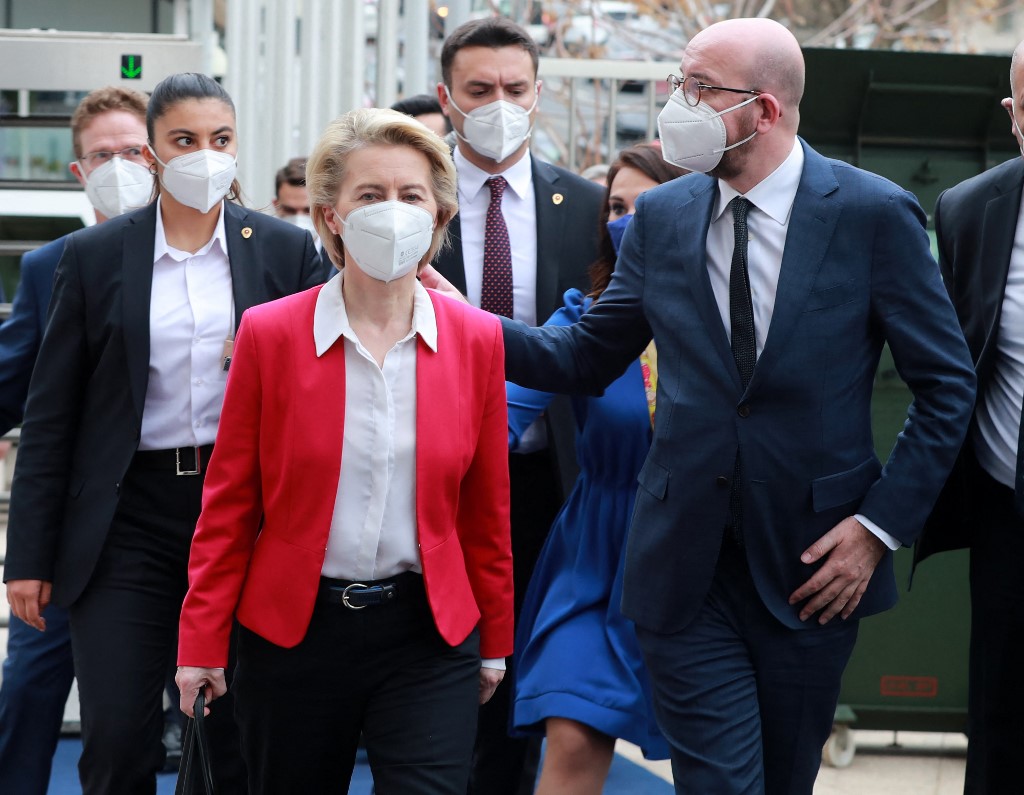 Brussels has been rattled by the incident in Ankara last week that saw von der Leyen left without a chair at talks with male counterparts Michel and Turkish leader Recip Tayyip Erdogan.

The awkward scene snowballed into a scandal that has sparked allegations of sexism, intensified jockeying between the European Union's institutions and threatened to derail efforts to mend ties with Turkey.

Michel offered his "deep regrets" to her at Monday's talks and assurances "such an incident must not happen again", his spokesperson said.

The council chief also stressed the need to "allow no one to divide the EU", the spokesperson added.

A Commission source said von der Leyen had on Monday "made clear that she will never allow such a situation to arise again".

The former German defence minister was angered by the diplomatic slight in Ankara and is seeking to make sure that her role as head of the EU's executive is treated on a par with Michel's job running the body that brings together the bloc's 27 leaders.

The two EU chiefs will meet tomorrow with heads of the European Parliament's political groupings to give an account of events in Ankara after a clamour from lawmakers for them to appear before the body.