EU, China to set up working group on trade reform 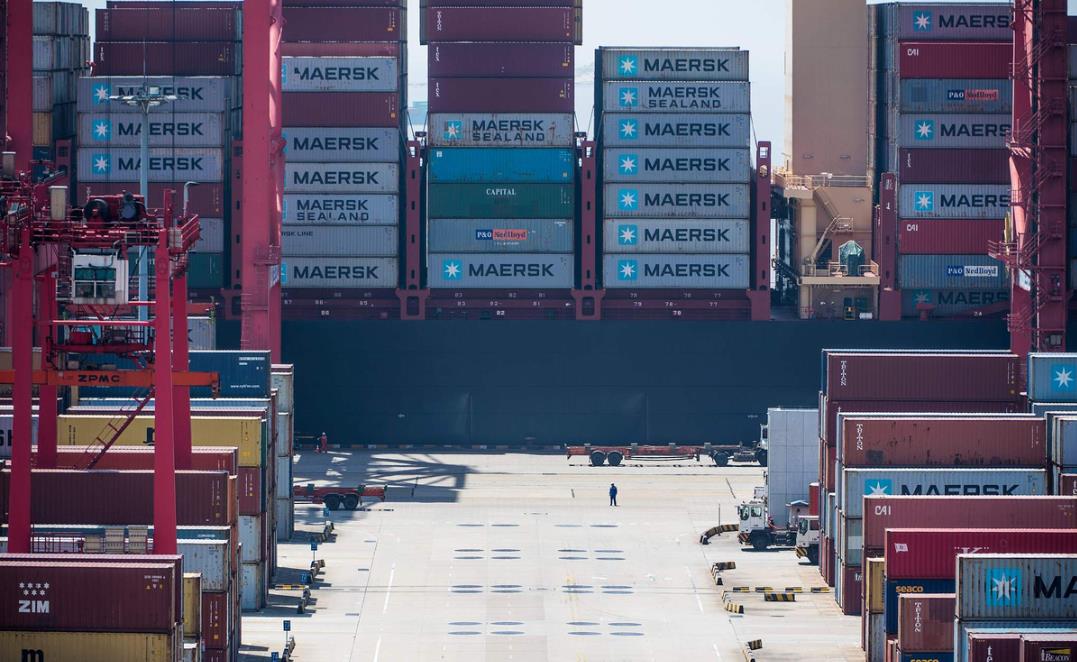 A cargo ship is seen at the Yangshan Deep-Water Port, an automated cargo wharf, in Shanghai, April 9, 2018. (Photo/VCG

The European Union and China are expected to set up a working group to deepen cooperation on reforming the multilateral trading system, said a senior EU trade diplomat on Wednesday.

This joint decision is likely to be finalized at the upcoming Sino-EU summit on July 16-17. A few weeks ago, when China and the EU held an economic and trade dialogue in Beijing, this idea had emerged but the detailed plan was still unknown.

"I would expect that at the summit on July 16-17, we will reconfirm to establish a working group on WTO reform," Marc Vanheukelen, EU ambassador and permanent representative to the Geneva-based World Trade Organization, said.

Vanheukelen responded during an interview at a WTO session reviewing China's trade policy in Geneva. His comments have indicated that defending the multilateral trading system, which is under attack mainly due to US President Donald Trump's administration levying excessive tariffs from its trade partners, will be high on the agenda of the Sino-EU summit in Beijing.

But he has not offered details on the issue and said the EU is willing to hold a conversation with all WTO members not only to safeguard the multilateral trading system but also to complete the WTO rule book.

"As one of China's top trading partners, the European Union looks forward to continue working with China in a sense of shared responsibility to not only safeguard but strengthen the multilateral trading system," said Vanheukelen.

The WTO policy review session on China will end on Friday and it is a regular mechanism to overview the trade policy of the world's top four trading economies every two years, which include China, US, EU and Japan.

Vanheukelen said economic reform in China has been impressive for years and it has been keeping on straightforward, which has brought what is called an economic miracle.

"We have acknowledged ... Given the weight of China's economy in international trade, we expect that China's leadership role comes with responsibility," said Vanheukelen.

Syed Tauqir Shah, Pakistan's ambassador and permanent representative to the WTO, also said that China's role for the WTO is "critical."

"With strong protectionism gathering around and attacking the multilateral trading system, China is the great force defending the system. We appreciate that," said Shah.

"Pakistan, including other WTO members, appreciate the leadership role played by China within WTO."

Shah also said his country also appreciates China's efforts in voluntarily and continually cutting tariffs since its accession into the WTO in 2001.

Fredrik Erixon, director of the European Centre for International Political Economy, said China, like other nations, is stepping up its efforts to defend the open and rules-based trading system against attacks from the US administration.

"It's impossible to say if President Trump will change his mind on trade conflicts and escalating tariff wars, but the only way to defend long-term Chinese economic interests is to progress on economic reforms and provide leadership for other countries to do the same," said Erixon.

"More needs to be done."