After days attempting to apply online to remain in the UK after Brexit, EU citizen Bina Gayadien was faced with the same message: her information was "insufficient". 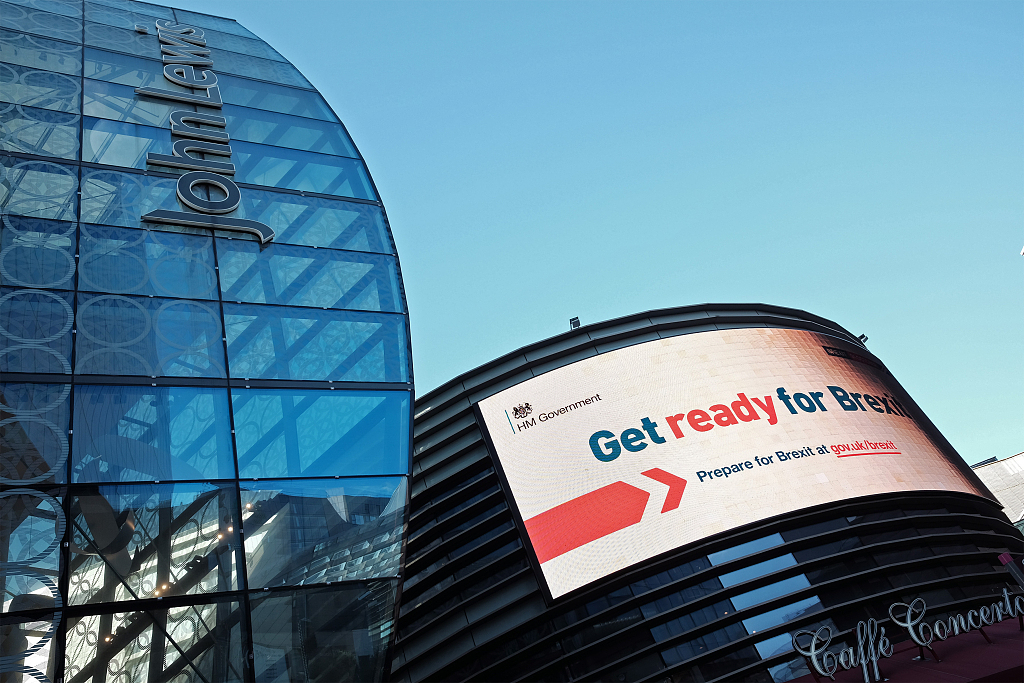 An electronic display showing a 'Get ready for Brexit' Government advert, in London. (Photo: VCG)

The Dutch lawyer, a UK resident for 20 years, is one of thousands discovering that the British government's system to process their cases is not as fast or easy as promised.

After the married mother-of-two had uploaded 60 pages of bank statements and five years worth of local authority tax bills, she faced the same issue.

The system repeatedly said she had provided "insufficent" evidence of having lived in Britain long enough.

"It seems unbelievable that the computer and all the checks that the government could make, would come back to say that people like me don't exist," Gayadien told AFP.

It's a situation all too familiar for European Union citizens applying to remain in the country after its divorce from Brussels.

After making multiple submissions and calling a support centre in northern England to argue through her case, Gayadien was eventually able to get the necessary approval.

But the experience has not left her feeling wanted in Brexit Britain.

"I feel kind of picked on," she said.

The British government -- which has vowed that EU nationals living in the UK can stay -- is adamant its so-called EU settlement policy is working as intended.

Brandon Lewis, an interior minister, said he was "delighted" with the scheme and pointed out his department was now processing over 20,000 applications a day.

He added that complete applications were typically being processed within a few days, while those with more complicated cases in just weeks, as Britain gears up for Brexit which is scheduled to happen at the end of next month.

"I'm not going to concede there are issues," Lewis told AFP, noting problem cases publicised in the media had often "not been as straightforward as people have said".

"Sometimes people have made a mistake... in other situations people haven't been able to evidence they've been here for a long time, so our resolution team will work with them to get that evidence."

The three-step process involves applicants uploading documents to prove their identity, how long they have been in Britain and any criminal convictions.

EU citizens able to show they have lived in the country for more than five years will be granted "settled status", letting them remain indefinitely.

Those in the UK for less time will be given "pre-settled status", allowing them to apply for the permanent status once they have clocked up the requisite five years.

Some will be hoping that the British parliament's attempts to delay Brexit beyond October 31 will succeed.

There are thought to be as many as 3.5 million EU nationals in Britain, who have until the end of 2020 to lodge their applications.

However, advocates for EU citizens in Britain were critical of the system.

"Despite the assertions of the minister we have evidence of EU citizens accepting pre-settled status who have been in the UK for more than five years," said Maike Bohn, co-founder of The3Million

"It is unsettling that the minister is not prepared to engage with the problems many EU citizens are having with this scheme."