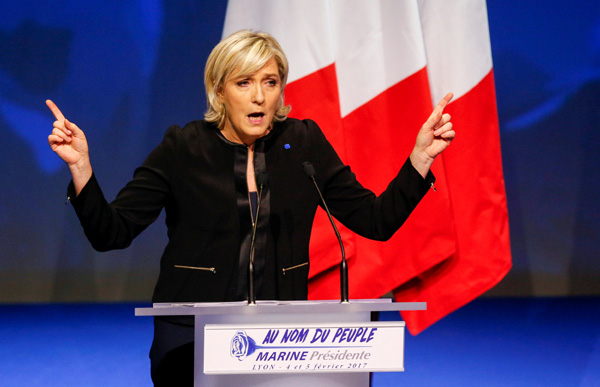 BRUSSELS - A European Union (EU) court on Tuesday ruled that French far-right leader Marine Le Pen must repay the European Parliament some 300,000 euros ($346,454) that had been "unduly paid" to her assistant.

The money was paid between December 2010 and February 2016 when Le Pen was a Member of the European Parliament, according to a press release of the General Court of the EU.

The Luxembourg-based Court confirmed the European Parliament's decision to recover the fund "on the ground that she did not prove the effectiveness of that assistant's work."

The European Parliament has complained that Le Pen used the fund, which is supposed to pay parliamentary assistants, to pay her own party assistant.

In response to the rule, Le Pen tweeted that she has "provided the tribunal with 655 pieces of documents proving the work of my parliamentary assistant."

"The court refuses to take this into account on the ground that I should have provided them to the European Parliament, which did not ask me to do so," she tweeted.

She vowed to lodge an appeal to the Court of Justice of the EU.