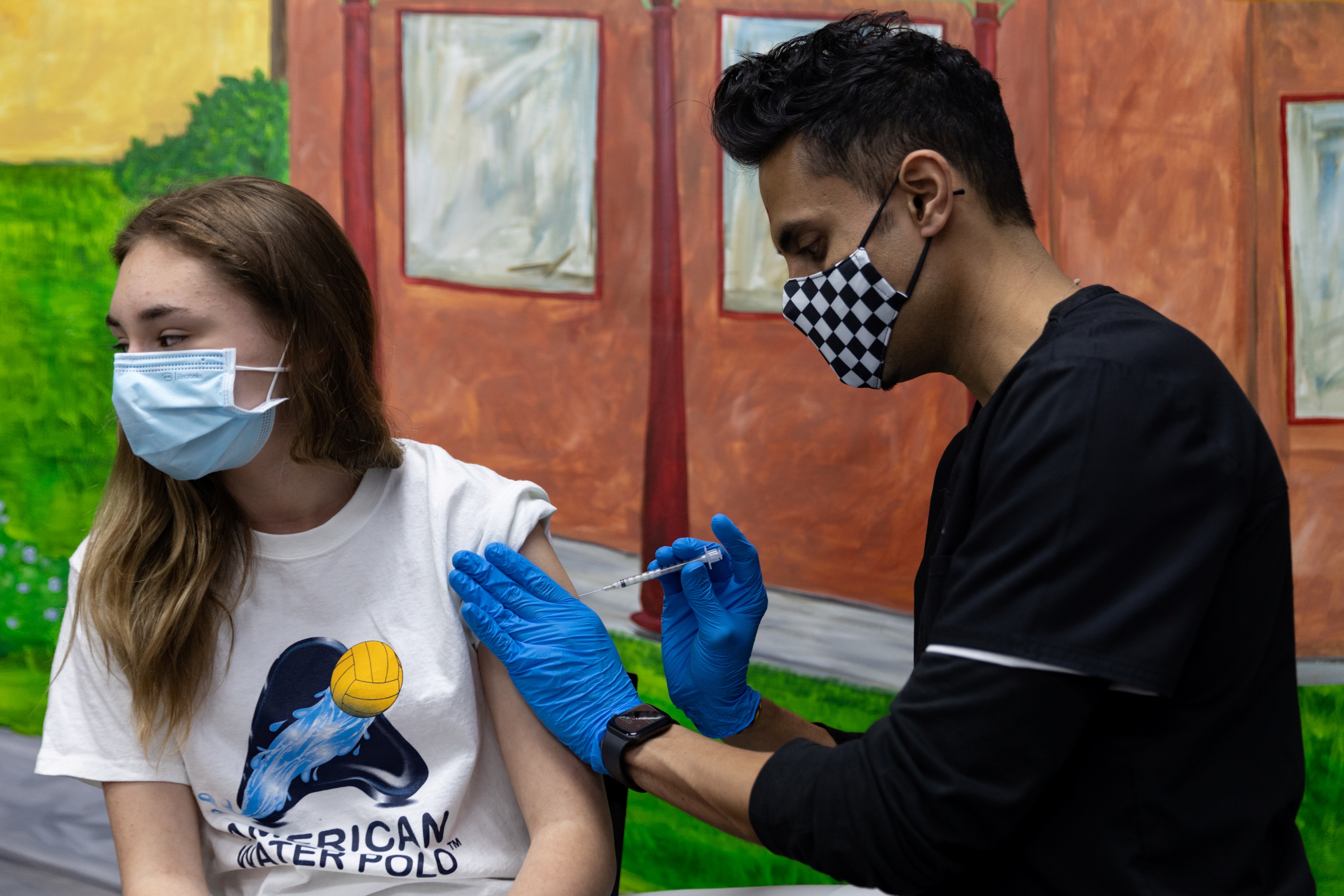 A young girl receives a COVID-19 vaccine in the U.S. (Photos: CGTN)

The European Medicines Agency has approved the Pfizer-BioNTech COVID-19 vaccine for use in children aged 12 to 15, likely pushing back the date by which Europe will have surplus jabs to share with the developing world.

The EMA's human medicines committee said a trial in 2,260 children found the vaccine was safe for use, with no unusual side effects.

"Extending the protection of a safe and effective vaccine in this younger population is an important step forward in the fight against the pandemic," Marco Cavaleri, the EMA's head of biological health threats and vaccines strategy, told reporters.

It is the first EMA-approved vaccine to be approved for use in such young people in the 27-member bloc.

The European Commission needs to sign off on the approval, then individual members states will decide whether or not to use it.

Germany has indicated that it could start administering the jab in children from next week.

Health regulators in the U.S. and Canada have already authorized the vaccine for children.

There are concerns that administering the jab to children, who are far less vulnerable to severe disease, will delay rich countries' ability to donate their excess jabs to low-income nations, which are mainly dependent on the charity of others to inoculate their populations.

According to the World Health Organization (WHO), less than 0.5 percent of vaccine supply has so far gone to low-income countries, something the WHO's Director-General Tedros Adhanom Ghebreyesus called a "moral catastrophe" earlier this month.

The EMA addressed this concern, but said it wasn't its job to decide how countries use their vaccines.

"Public health authorities have to take into account the prevalence of the pandemic, the prioritization of different populations within their countries, so they can make the best decisions based on how to drive their vaccination campaigns."

"We need scientific advice on whom to vaccinate, how to vaccinate and in what order," she said on Tuesday. Adding: "It's not a political decision, it's clearly an evidence-based, scientific decision."

Von der Leyen said the EU was on track to vaccinate 70 percent of its adult population by the end of July.

WHO sends out SOS on vaccine deliveries 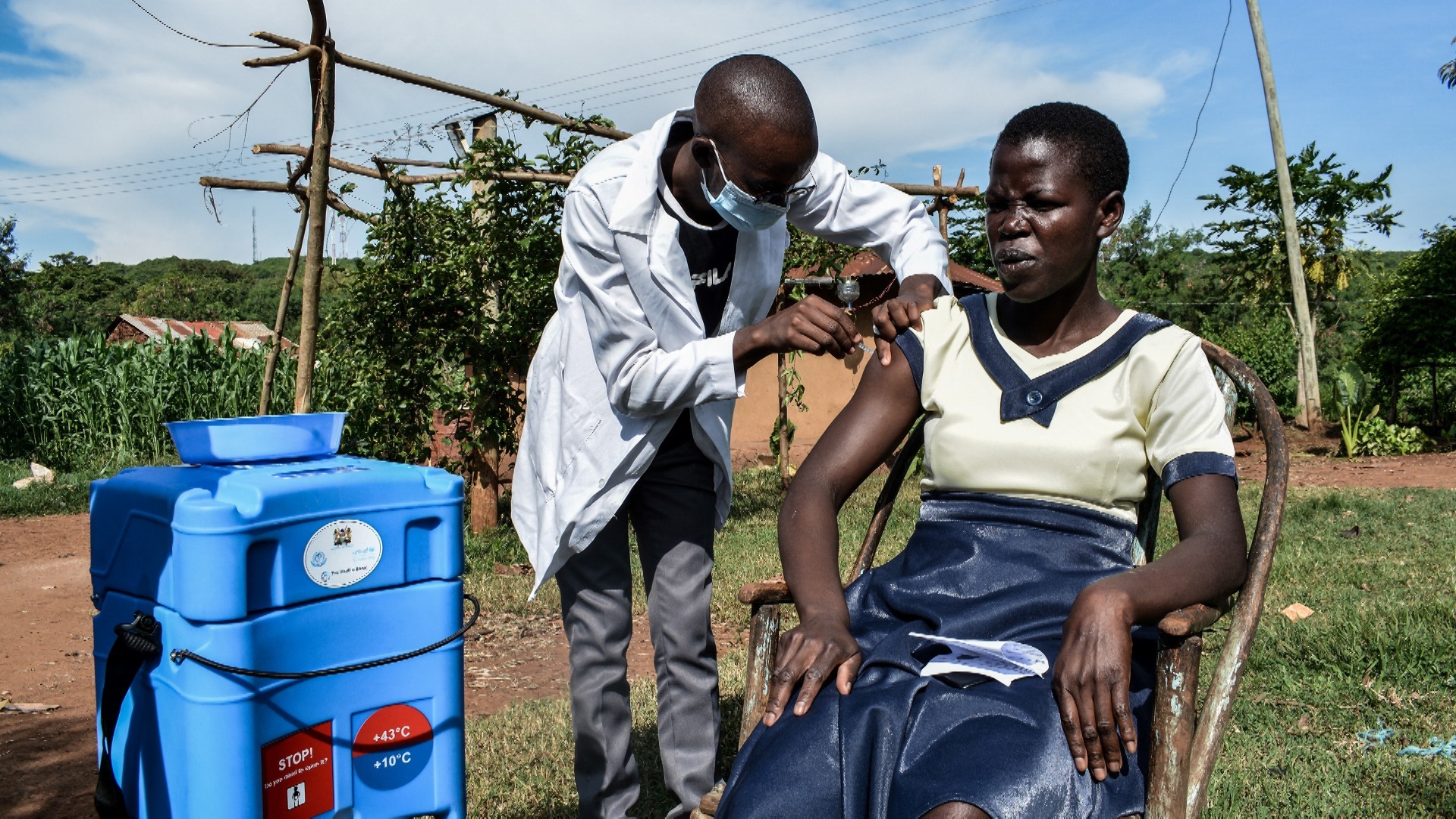 A woman receives a COVID-19 vaccine in Kenya.

Meanwhile, the COVAX facility, a multibillion-dollar effort to get billions of doses of vaccine to lower-income countries, is facing a supply shortfall of nearly 200 million doses by the end of June.

On Thursday, the WHO put out an urgent plea for 20 million AstraZeneca doses to be donated to Africa so people can receive their second jab.

They also said 200m doses of any WHO-approved jab were urgently needed to ensure 10 percent of the African population can be vaccinated by September.

"As supplies dry up, dose-sharing is an urgent, critical and short-term solution to ensuring that Africans at the greatest risk of COVID-19 get the much-needed protection," said Matshidiso Moeti, WHO regional director for Africa. "Africa needs vaccines now. Any pause in our vaccination campaigns will lead to lost lives and lost hope."

The EU has secured 4.4 billion vaccine doses through 2023, but has only pledged to donate "at least" 100 million by the end of this year. The U.S. has promised to share 80 million doses.