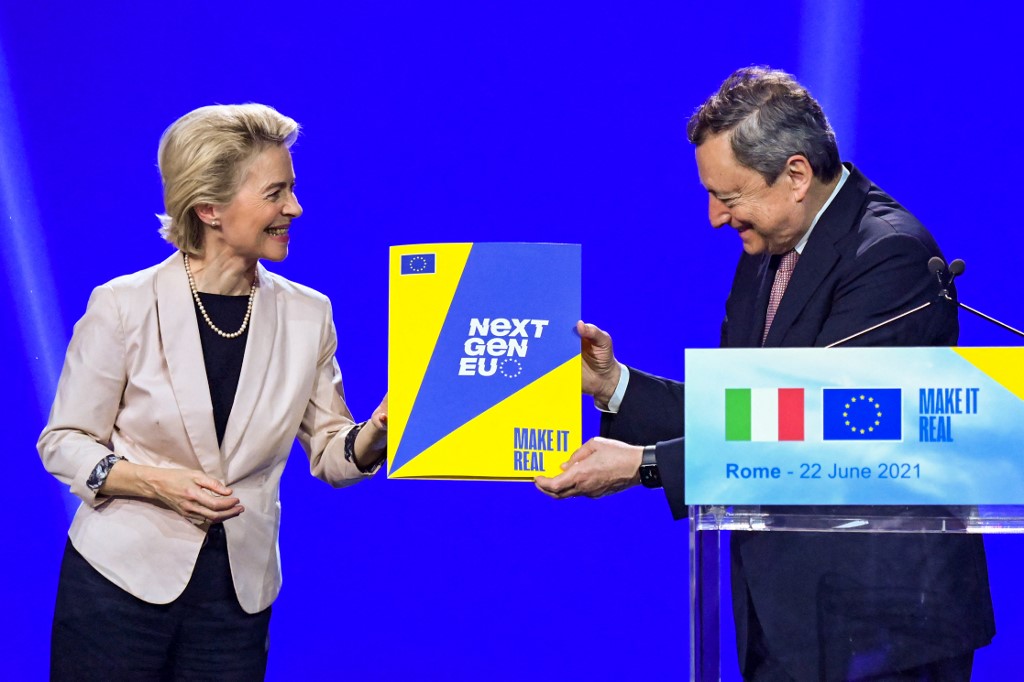 On the same day, von der Leyen said in Berlin, where the German plan's endorsement was announced, that the plan would earmark "substantial means" for the digitalization of the public administration and healthcare sectors in the country.

Last year, EU leaders agreed on the recovery fund to address the economic and social impact of the pandemic. (1 euro = 1.2 U.S. dollars)