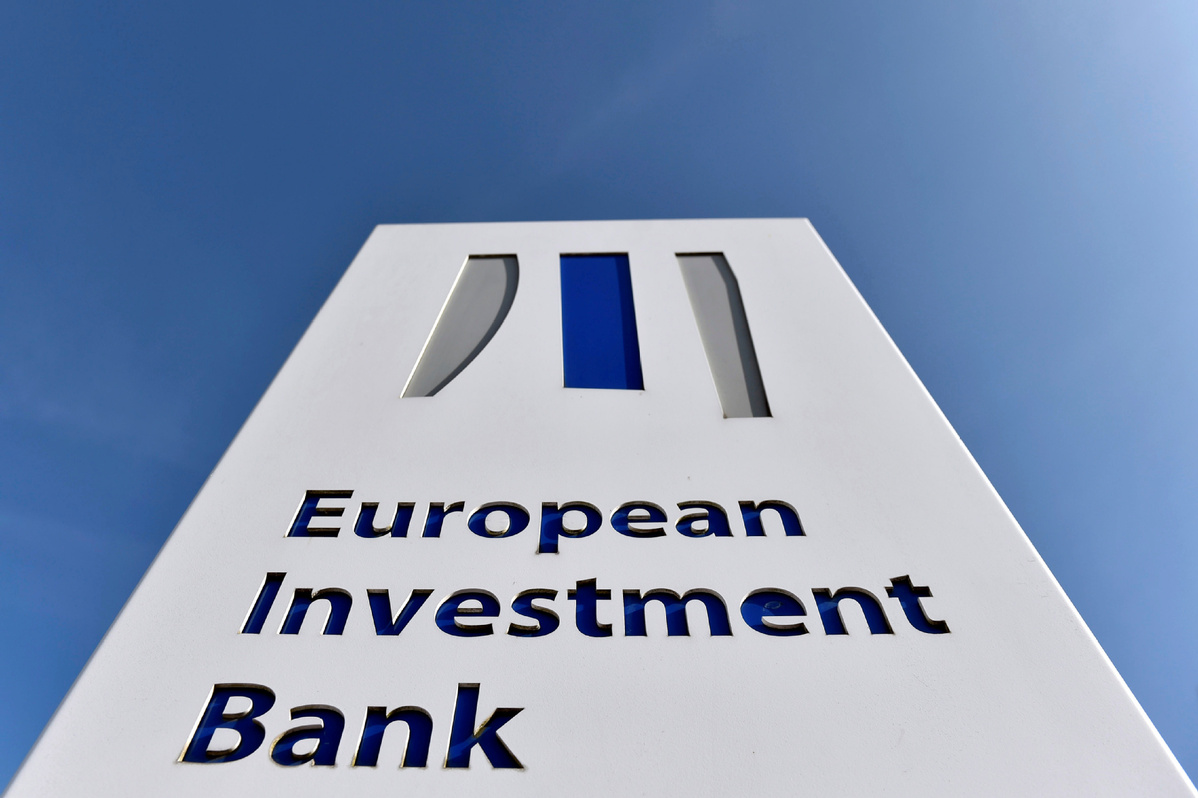 The logo of the European Investment Bank is pictured in the city of Luxembourg, Luxembourg, March 25, 2017. (Photo: Agencies)

A decision by the European Investment Bank, or EIB, to end financing for fossil fuel energy projects and strengthen support for clean energy could be a "game-changer" for countering climate change, analysts said.

The European Union's investment arm, the world's largest multilateral lender, launched its new energy lending policy and confirmed its increased ambition in climate action and environmental sustainability on Friday in Brussels. The bank said that it will no longer consider new financing for unabated fossil fuel energy projects, including gas, from the end of 2021.

"Carbon emissions from the global energy industry reached a record high in 2018. We must act urgently to counter this trend," said Andrew McDowell, EIB vice-president, adding that the bank's new energy lending policy is "a crucial milestone in the fight against global warming".

The new policy details principles that will govern the EIB's future engagement in the energy sector, including prioritizing energy efficiency, enabling energy decarbonization through increased support for low or zero-carbon technologies, and increasing the impact of investment to support energy transformation outside the EU.

Simon MacKinnon, chairman of Xeros China, a UK environmental technologies company, said that Europe has seen a rapid rise in people's awareness of climate change and environmental issues over the past two years.

"Record hot summers and drought have combined with record floods such as recently in Venice, Italy, and voters are demanding action," he said. "This new EU lending policy will be widely welcomed."

However, the effectiveness of this policy will require the use of both "carrot and stick", he said.

The EU and national governments will have to further tighten regulatory targets. They will also need to make incentives to get the market and investors fully aligned with phasing out polluting technologies, he said.

MacKinnon said it is also important to ensure that the huge amount of funding from the EIB will not be wasted.

"We will wait to see who will be eligible for the funding, the loan decision process and the funding terms on offer," he said.

He Yun, an assistant professor at Hunan University's School of Public Management, said that the world needs new tools and fresh momentum in countering climate change and emissions reductions.

"The EIB's decision is a game-changer," she said. "Not only does it foretell the beginning of an end to all fossil fuels lending and investment, but it also places financial tools at the center to drive our energy transition."

She said that the decision showed that the EU can still lead the world in the fight against climate change despite its member states' diverse energy portfolios and policy differences. As the United States has started the process of pulling out of the Paris Agreement, the EU's leadership will be crucial in maintaining the global climate consensus, she said.

Over the past five years, the EIB has provided more than 65 billion euros of financing for renewable energy, energy efficiency, and energy distribution, according to the bank.