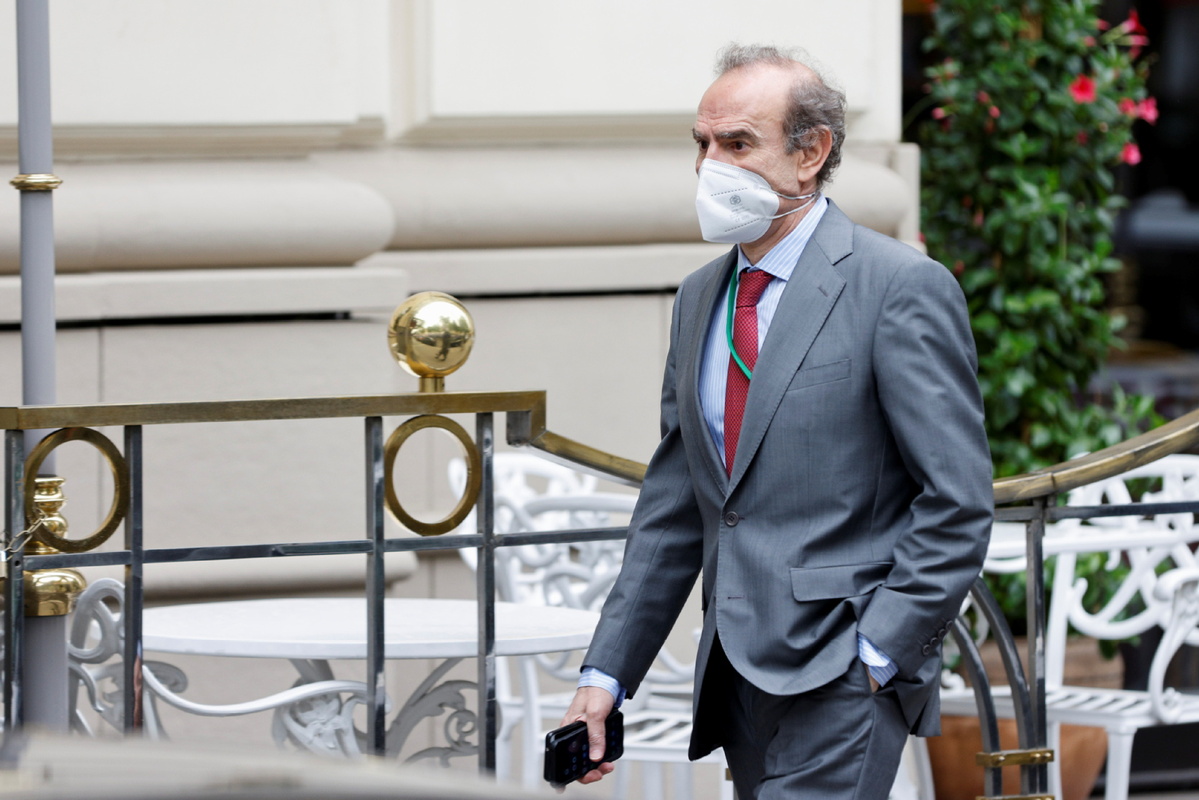 Deputy Secretary General of the European External Action Service (EEAS), Enrique Mora, walks in front of a hotel where a meeting of the Joint Commission of the Joint Comprehensive Plan of Action (JCPOA) is held, in Vienna, Austria, May 25, 2021. [Photo/Agencies]

The European Union's envoy charged with coordinating talks on reviving a troubled nuclear deal between Iran and world powers is to visit Teheran on Thursday, the Iranian Foreign Ministry said in a statement.

Enrique Mora's visit "is a follow-up to consultations between the two sides on matters of shared interest, particularly Iran-EU relations, Afghanistan and the nuclear agreement", the ministry said.

The landmark deal, which gave Iran sanctions relief in return for curbs on its nuclear program, has been on life support since 2018, when then-US president Donald Trump unilaterally pulled his country out and reimposed crippling sanctions.

A major concern of Iran in any talks to rescue the 2015 nuclear deal would be around ways to verify the lifting of US sanctions, Foreign Minister Hossein Amir Abdollahian said on Saturday.

Abdollahian said on Tuesday that Iran's actions "will be commensurate with the steps of other parties" in future talks aimed at reviving the deal.

Mora's trip to Teheran comes amid mounting pressure from EU countries as well as the United States for a swift resumption of talks on Washington's return to the agreement.

"The message to Iran is unequivocal: Return to the negotiating table immediately," German Chancellor Angela Merkel said during a visit to Israel on Sunday.

Teheran has been seeking European guarantees that there will be no repetition of Trump's unilateral withdrawal.

"The European capitals, including Berlin ... must give their clear assurance to the Islamic republic that this time, no party will violate the nuclear deal," Iranian Foreign Ministry spokesman Saeed Khatibzadeh told reporters on Monday.

US President Joe Biden has signaled a willingness to return to the deal, but his Secretary of State Antony Blinken warned earlier this month that time was running out and the ball was in Iran's court.

Talks in Vienna between Iran and the remaining parties to the agreement－the United Kingdom, China, France, Germany and Russia－have been on hold since a June election in Iran led to a change of president.

New Iranian President Ebrahim Raisi, a conservative former judiciary chief, is thought to be less ready than his predecessor Hassan Rouhani to make concessions to the West for the sake of a deal, Agence France-Presse reported.

Iran has said repeatedly that it is ready to resume talks "soon" but no date has yet been announced.

Teheran gradually rolled back its own nuclear commitments in response to the US pullout, and Washington has been demanding that it returns to its obligations too.

Mora attended Raisi's inauguration in August, drawing criticism of the EU from Israel, a fierce critic of the nuclear deal with its arch foe Iran.