A team of technical experts from European Union are helping Sri Lanka's government assess the environmental damage caused by the sinking of a container ship that was carrying chemicals a caught fire, the government said Friday. 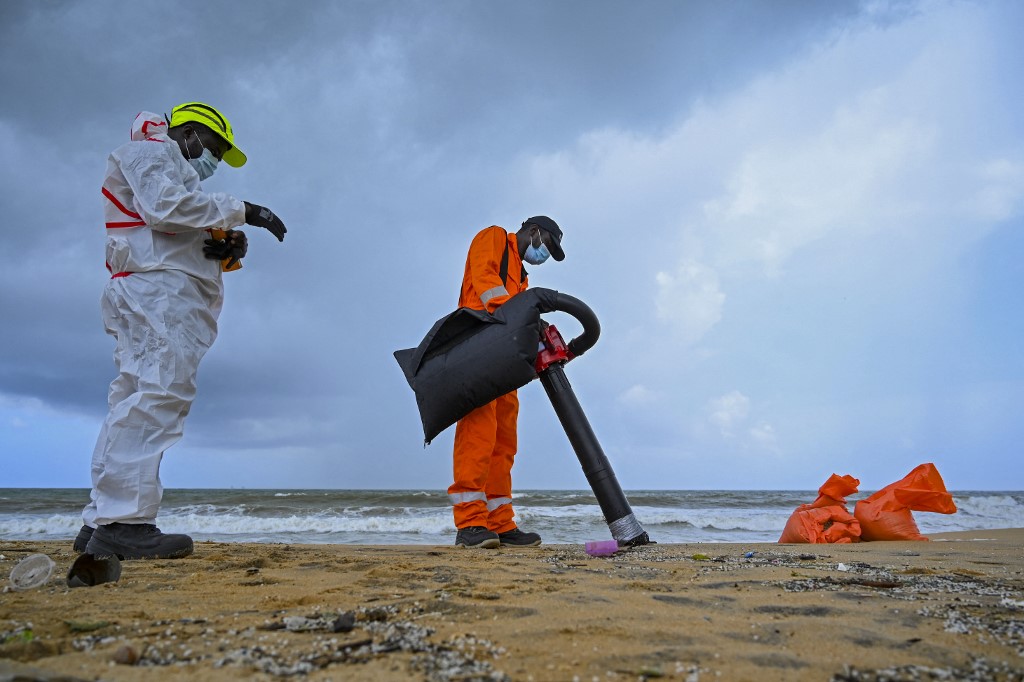 The experts held discussions with top Sri Lankan officials and stakeholders on Friday, a day after the Singapore-flagged MV X-Press Pearl ship sank off the country's main port and nearly a month after the vessel caught fire.

The 12-day fire ravaged the vessel, destroyed most of its cargo and caused severe pollution in the ocean and along a long stretch of the island nation’s famed beaches.

The team include three experts sent by the European Union through the United Nations Environment Program at Sri Lanka's request. Sri Lanka said that expertise within the country wasn't sufficient to accurately calculate the damage caused to its marine environment and coastal areas and also on the country’s economy.

The experts will closely work with government agencies, the Foreign Ministry said in a statement, noting that Friday’s meeting focused on how the experts “could support the process with recommendations on future action to be taken by the key stakeholder agencies.”

The fire broke out on the vessel on May 20 when it was anchored about 9.5 nautical miles (18 kilometers) northwest of Colombo and waiting to enter the port.

Authorities extinguished the fire last week, but the ship then began sinking and attempts to tow it into deeper waters failed when its stern rested on the seabed. The ship had remained partly submerged until Thursday.

The Sri Lankan navy believes the blaze was caused by its chemical cargo, which included 25 tons of nitric acid and other chemicals, most of which were destroyed in the fire. But debris including burned fiberglass and tons of plastic pellets have already polluted nearby beaches. There are concerns that a spill of remaining chemicals and oil from the ship could devastate marine life.

The main concern has been about 300 tons of bunker oil used as fuel for the ship. But officials have been saying it could have burned off in the fire.

Both Sri Lankan authorities and the ship's operator, X-Press Feeders, have said so far there is no sign of an oil spill.

Sri Lanka has already submitted an interim claim of $40 million to X-Press Feeders to cover part of the cost of fighting the fire.