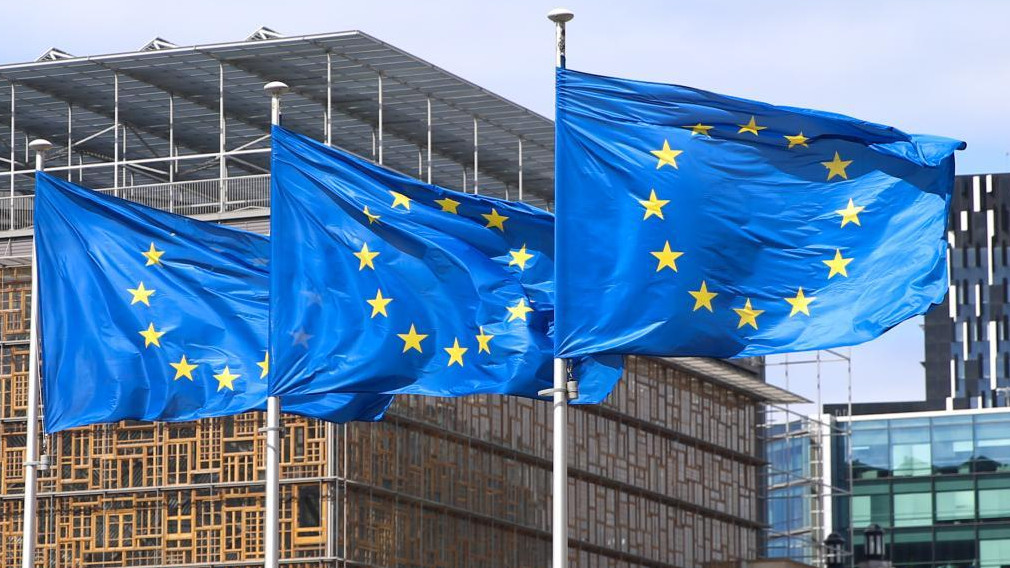 Flags of the European Union fly outside the EU headquarters in Brussels, Belgium, May 21, 2021. /Xinhua

He presented a report titled "How to avoid gas shortages in the European Union in 2023" alongside European Commission President Ursula von der Leyen.

"The EU's potential gas supply-demand gap could reach 27 billion cubic meters in 2023," according to the report.

The 30 bcm shortfall would represent 7.6 percent of the EU's total natural gas baseline demand, which is estimated at 395 bcm for next year, according to the IEA.

It cautioned that the unseasonably mild temperatures seen at the start of the European winter are not guaranteed to last, Russian supplies could fall further, and global supplies of LNG are projected to be tight.

"Putting these three things together ... we may have a problem," Birol said.

He laid out a series of practical short-term measures in line with the EU's climate ambition that could be put in place and be effective before the winter of 2023.

Faster improvement in energy efficiency could help save 8 bcm of natural gas in 2023. Examples range from the renovation of buildings with a focus on social housing to using LED (light-emitting diode) lights in streets.

Birol also called for faster deployment of renewable energy sources with shorter permitting processes. This could save 7.5 bcm of natural gas.

He said that energy security concerns have overtaken ecological concerns as the main driving force behind the deployment of renewables.

Switching from natural gas to electric heat in buildings by incentivizing heat pumps could save 2 bcm of gas. Currently, one-third of the EU's natural gas consumption is used for heating buildings.

Educating consumers, especially on heating, could further save 5 bcm of natural gas. If the average indoor temperature is reduced to 21 degrees Celsius, the savings in natural gas could amount to 10 bcm.

Finally, scaling up supply by capturing gas flared and vented in exporting countries, by bringing new low-emissions gases into the mix, and by joint gas purchasing could save a further 4.5 bcm of natural gas.

The investment needed to implement these measures would amount to 100 billion euros (106 billion U.S. dollars) in one year, according to Birol, which would then be paid back within two years through lower gas bills.

Von der Leyen said the EU has been working hard to strengthen energy security for this winter after weaning itself off Russian fossil fuels and is now turning its focus on preparing for the winter of 2023-2024.