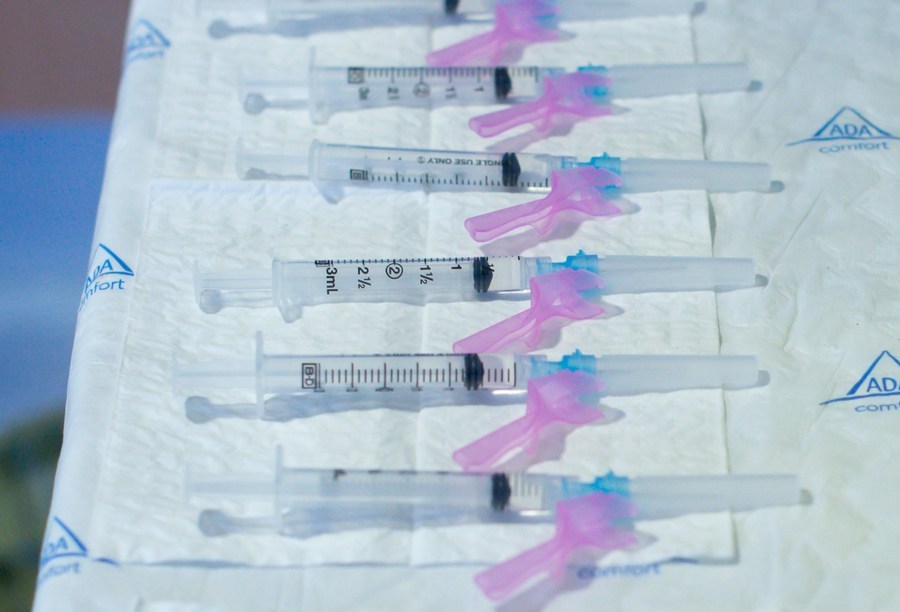 The European Union has criticized the United States' call for an intellectual property rights waiver for novel coronavirus vaccines and urged Washington to take other steps to ensure the world's poorest people have better access to jabs.

After a two-day leaders' summit in Porto, Portugal, the bloc of 27 states, which has itself been urged to do more to ensure vaccines are widely distributed, said the US should not waste time waiting for a system of vaccine patent waivers but simply start exporting jabs to nations in need.

The US had said it wanted intellectual property rights to be suspended temporarily to allow poor nations to make jabs legally, without having to pay fees to the pharmaceutical giants that designed them.

"I don't think waiving patents is the solution to supply the vaccine to more people," the Financial Times quoted her saying after the summit ended on Saturday. "I think that we need the creativity and innovation of the companies; and for that we need patent protection."

Merkel said the US should ensure more manufacturers around the world are granted licenses to produce vaccines.

"Europe has always exported a large part of European production to the rest of the world and that should be the norm," she said, alluding to the fact that the US has exported very little.

The European Commission, which is the executive branch of the EU, said the bloc has exported 200 million doses of novel coronavirus vaccine so far, which is a similar amount to the total number of jabs given to EU citizens.

But with the idea of temporarily waiving intellectual property rights having been put forward by South Africa and India and having been supported by the World Health Organization, the EU's lack of enthusiasm will leave it open to criticism.

Charles Michel, the president of the European Council, insisted, however, it was not the "magic bullet" the US suggested it was. He said some jabs require dozens, if not hundreds, of contributing patents and specialist equipment.

Pundits said the US call for intellectual property rights to be temporarily suspended caught the EU by surprise and, with the bloc home to BioNTech, one of the first companies to market its vaccine, the EU said the US increasing exports of jabs was the best solution.

The Financial Times quoted President Emmanuel Macron of France as saying: "I call very clearly on the US to end export bans, not only on vaccines but on ingredients of those vaccines."

Macron said it might also be possible to waive intellectual property rights "in a limited way".

The BBC noted that the divide emerging between the US and the EU on the issue comes as around 1.25 billion doses of vaccine have been administered among the world's 7.8 billion people. Of those, only around 1 percent have been given to people in the world's poorest 29 countries, the AFP news agency added.