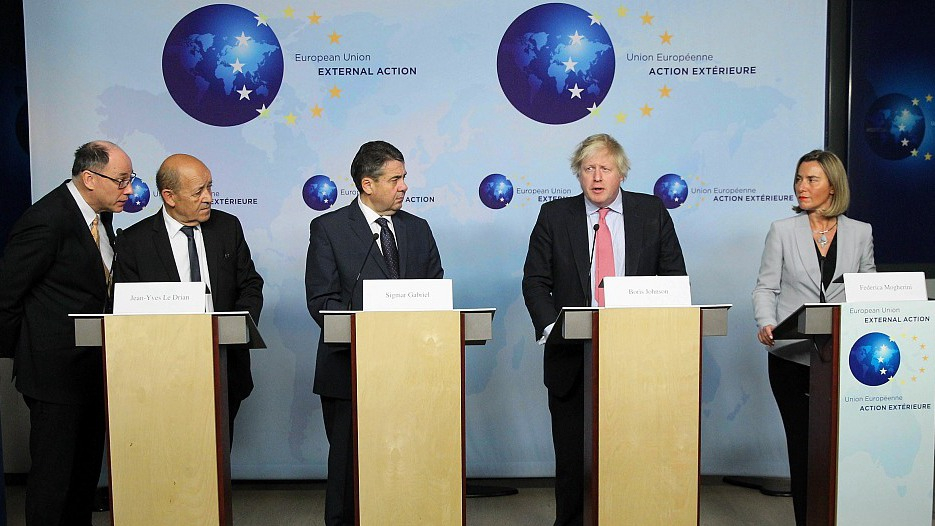 The European Union fully supports the international nuclear accord with Iran and wants rival powers to avoid any further escalation over the issue, EU foreign policy chief Federica Mogherini said on Monday.

"We will continue to support it as much as we can with all our instruments and all our political will," Mogherini told reporters before a meeting with the foreign ministers of Britain, France and Germany, who are signatories to the deal.

U.S. Secretary of State Mike Pompeo canceled the Moscow leg of his Russia trip scheduled on Monday to visit Brussels to discuss "pressing matters" including Iran, U.S. State Department said, adding that he will meet President Vladimir Putin and Foreign Minister Sergei Lavrov in the Black Sea resort of Sochi as planned on Tuesday.

Mogherini said she was informed during the night of Pompeo's arrival to Brussels where EU foreign ministers are gathered for a regular monthly meeting.

"We will be here all day with a busy agenda. So we will see during the day how and if we'll manage to arrange a meeting. He's always welcome obviously, but there are no precise plans at the moment," Mogherini said.

European countries said last week they wanted to preserve Iran's nuclear deal and rejected "ultimatums" from Tehran, after Iran relaxed restrictions on its nuclear program and threatened moves that might breach the 2015 international pact.