BRUSSELS, Sept. 28 (Xinhua) -- The European Union's (EU) chief diplomat Josep Borrell on Wednesday expressed his concerns over three gas pipeline leaks detected in the Baltic Sea on Russian natural gas pipelines, adding that they were most probably the result of sabotage. 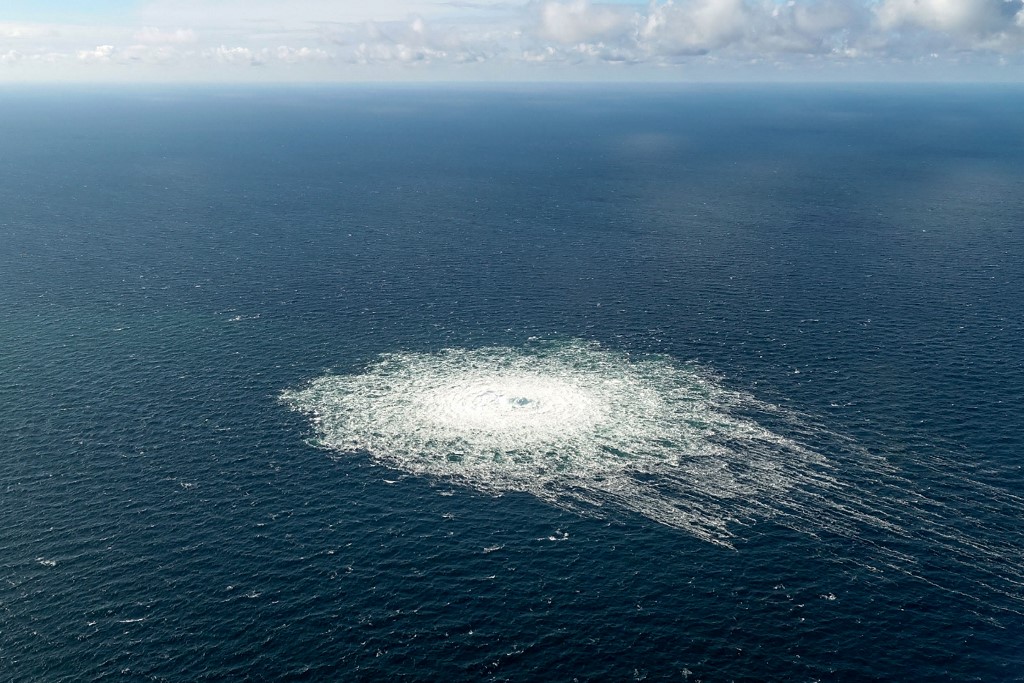 This handout picture released on September 27, 2022 by the Danish Defence Command shows the gas leak at the Nord Stream 2 gas pipeline as it is seen from the Danish Defence's F-16 rejection response off the Danish Baltic island of Bornholm, south of Dueodde. (Photo: AFP)

"The European Union is deeply concerned about damage to the Nord Stream 1 and 2 pipelines that has resulted in leaks in the international waters of the Baltic Sea. Safety and environmental concerns are of utmost priority. These incidents are not a coincidence and affect us all," Borrell said in a statement on behalf of the EU's 27 member states.

"All available information indicates those leaks are the result of a deliberate act," said the EU high representative for foreign affairs and security policy.

He added that the EU will support any investigation aimed at getting full clarity on what happened and why, and will take further steps to increase the bloc's resilience in energy security.

"Any deliberate disruption of European energy infrastructure is utterly unacceptable and will be met with a robust and united response," he said.

On Monday, Danish and Swedish officials said that leaks had been identified in two natural gas pipelines -- Nord Stream 1 and its twin, Nord Stream 2 -- under the Baltic Sea off the coast of Denmark's Bornholm island, near the exclusive economic zones of Denmark and Sweden.

Nord Stream 2 had just been finished and filled with 300 million cubic meters of gas when the German government canceled it just days before the start of the Russia-Ukraine conflict.

Gas supply via Nord Stream 1 has been halted since the beginning of September due to problems in a key piece of equipment, said Russian gas producer Gazprom.