WORLD EU gets heavy-duty on pollution: 1st standards for trucks

EU gets heavy-duty on pollution: 1st standards for trucks 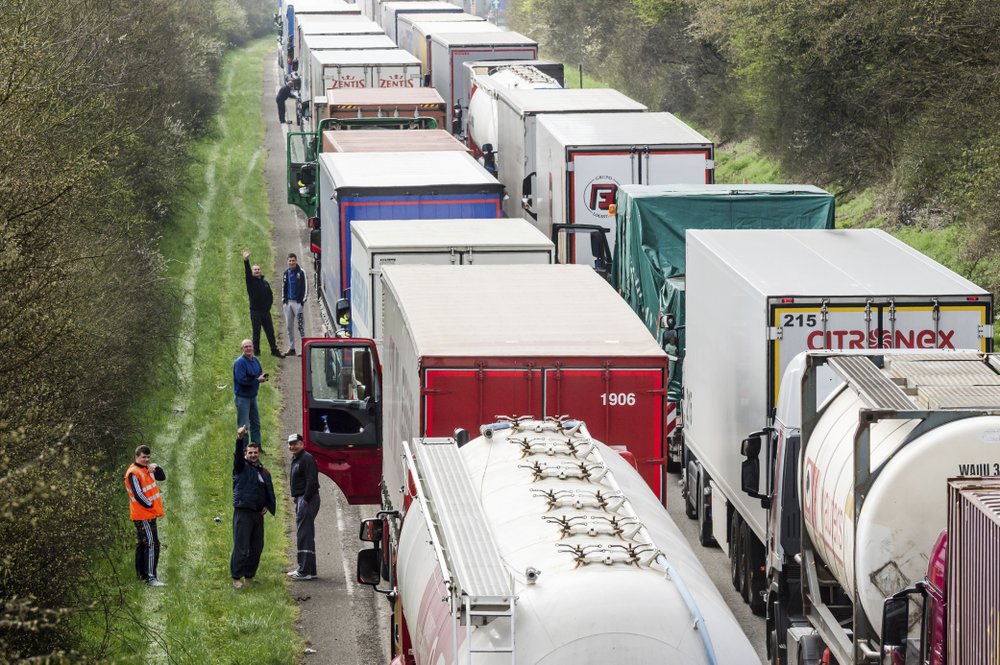 In this April 6, 2016 file photo, truck drivers stand among trucks on the highway from Brussels to Luxembourg, in Spontin, Belgium. (Photo: AP)

The European Union on Tuesday reached a tentative agreement on the first specific EU standards for trucks, seeking to get polluting CO2 levels down.

The agreement among negotiators from the European Parliament and member nations says such emissions for new trucks will have to be 30 percent lower by 2030 compared with today’s levels. Heavy trucks carry over two-thirds of freight across the 28-nation bloc.

EU Commissioner Arias Canete said the standards “will help tackle emissions, as well as bring fuel savings to transport operators and cleaner air for all Europeans.”

The rules will still need to be formally endorsed but are not expected to pose any political problems after Tuesday’s deal. The EU also has such standards for cars and light vans.

Under the tentative deal, emissions from new trucks will have to be 15 percent lower by 2025 moving to 30 percent five years later. Fines would apply to producers who failed to comply.

The move is also part of the EU’s plan to cut emissions of greenhouse gases to net zero by 2050 in an attempt to avoid catastrophic global warming.

The EU is the first major economy to set its sights on achieving climate neutrality in the next three decades.

The plan is far more ambitious than the national targets set so far by many of the EU’s 28 nations.

Greens legislator Bas Eickhout called it a “great success that the EU is taking action for the first time on CO2 emissions” for trucks. He added that it will help spawn cleaner technologies “and the development of greener alternatives that in the end will also benefit the industry.”

The ACEA car producers association said it was concerned about “the highly ambitious” targets and urged authorities to roll out refueling infrastructure to cope with alternative power sources like hydrogen or electricity.