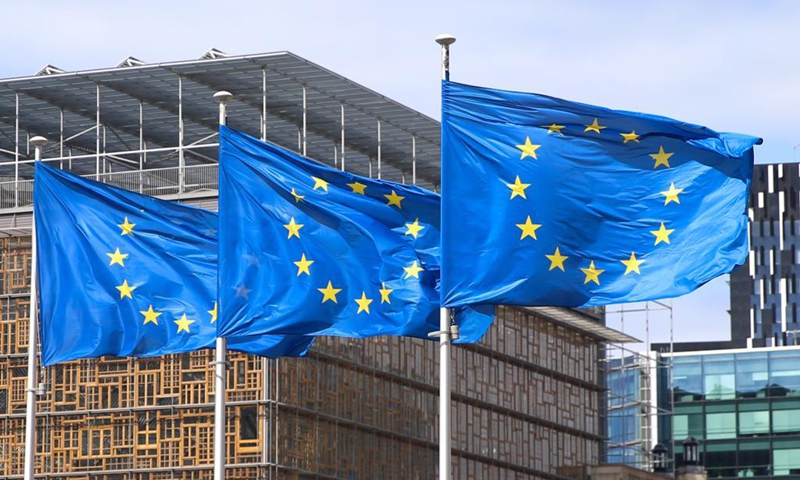 As the European Union and Ukraine hailed the granting of Ukraine candidate status to the bloc, many analysts said it is more like a political gesture as a lengthy process of negotiations and domestic reforms are needed before Ukraine could formally get the membership.

During the two-day European Council meeting in Brussels, EU leaders on Thursday granted Ukraine the coveted status of official candidate to join their 27-nation club. After the official announcement was made, Ukraine President Volodymyr Zelensky wrote on Twitter that "Ukraine's future is in the EU." European Council chief Charles Michel also tweeted that this is "A historic moment" and "Our future is together."

EU's move to grant Ukraine candidate status has more political meaning - EU leaders want to show their moral support to Ukraine. As some people in the EU have talked about the rebuilding in Ukraine after the end of the current conflict, the decision of granting Ukraine a candidate status will help the EU get advantage in this field, Cui Hongjian, director of the Department of European Studies at the China Institute of International Studies, told the Global Times.

However, there is a long way for Ukraine from candidate status to membership - the lengthy negotiations with the bloc have just begun and numerous changes await Ukraine, including meeting certain economic criteria and reforming its political and legal systems, Cui said.

With the oligarchical politics and economy, and corruption in Ukraine, even after the end of the military conflict, there will be uncertainties for Ukraine to get in the EU, said Cui.

According to a Reuters report on Friday, reticence over EU enlargement has slowed progress towards membership for a group of Balkans countries - Albania, Bosnia, Kosovo, Montenegro, North Macedonia and Serbia.

Albanian Prime Minister Edi Rama was cited by Reuters as saying that "it's a good thing to give candidate status, but I hope the Ukrainian people will not have much illusions about this."

When the Russia-Ukraine conflict started in February, the US and the EU offered to take Ukraine into the NATO and the EU - the candidate status is a huge discount to the previous promise. Ukraine will not be satisfied and stopped by the decision, but this is all the EU and the US can offer, Cui Heng, an assistant research fellow from the Center for Russian Studies of East China Normal University, told the Global Times.

Granting candidate status to Ukraine also leaves the EU mediatory room - it can also prolong the process for membership, Cui Heng said, noting that such an announcement is not Russia cannot accept.

Cui Heng noted that since the Russia-Ukraine conflict has become an attrition warfare, there is little influence on the battleground for the EU and the US to send weapons as the EU's and the US' purposes are to drag down Russia.

On the day of the announcement, the Pentagon said it will provide an additional $450 million in security assistance to Ukraine, including more long-range rocket systems.

Earlier on Tuesday, Ukraine said the first delivery of German howitzers and other heavy weapons had arrived.

Cui Hongjian noted that being a candidate of the EU will help Ukraine seek more support from the bloc and will help encourage Ukrainian soldiers. But whether this announcement will influence the battleground depends on how the Ukraine government will use this opportunity.