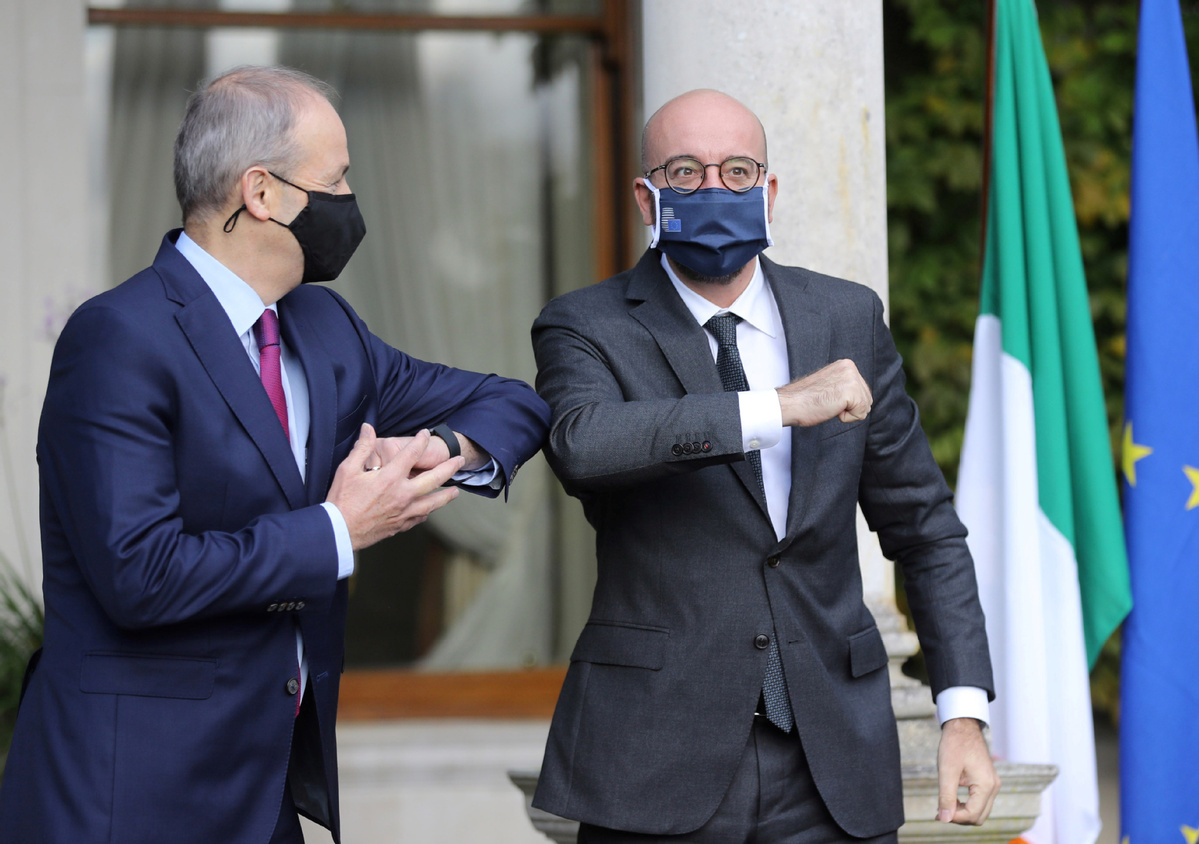 "My message is simple. The EU stands in full solidarity with Ireland. And this is especially true when it comes to the full implementation of the Withdrawal Agreement and the Protocol on Ireland and Northern Ireland," he said at a press briefing following a meeting with Irish Prime Minister Micheal Martin on Thursday afternoon.

He urged the British side to honour the agreement it has reached with the EU and make significant steps in breaking the deadlock over the ongoing Brexit negotiations in the coming days.

"This is a matter of trust," he said, adding that "it is now for the UK to restore trust and put all its cards on the table."

British Prime Minister Boris Johnson has set a deadline of Oct. 15 if a deal is going to be in place by Dec. 31, when the transition period for Britain to remain in the single market will come to an end, according to the Irish national radio and television broadcaster RTE.

In a press statement released before his meeting with Michel, Martin said that considerable gaps remain in the Brexit negotiations between the EU and Britain.

"As EU leaders have stated repeatedly, we want an agreement, but it cannot be at any price. The EU has also made it clear that the UK needs to demonstrate its commitment to full and faithful implementation of the Withdrawal Agreement, including the Protocol on Ireland," he said in the statement, adding that "trust in this regard urgently needs to be restored."

Michel arrived in Dublin earlier in the day. During his visit here, he discussed a number of important issues with Irish Prime Minister, including the Brexit negotiations, EU coordination on the health and economic impacts of COVID-19, climate action and the EU's relationship with Africa, according to the statement.