WORLD EU infrastructure for COVID certificate to be ready from June

EU infrastructure for COVID certificate to be ready from June

The infrastructure for a digital vaccination certificate allowing the free movement of people around the European Union (EU) will be ready from June 1, European Commission President Ursula von der Leyen said on Tuesday. 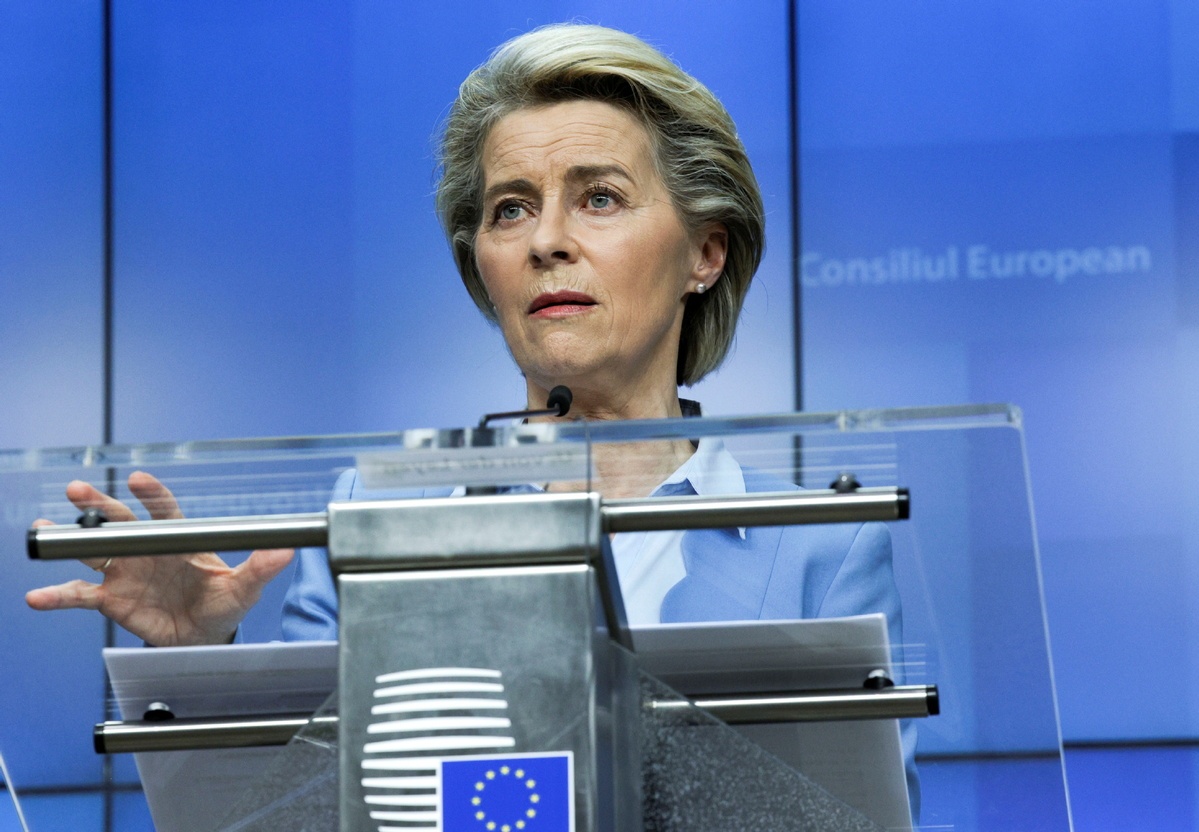 European Commission President Ursula von der Leyen speaks during a media conference at the end of the EU summit in Brussels, May 25, 2021. [Photo/Agencies]

Von der Leyen said after a special summit of the 27-nation bloc in Brussels that member countries can connect to the system from mid-June and they must prepare for it by ensuring their national health systems are fed with information.

"I think the certificate is a unique opportunity to showcase how the European Union contributes concretely to peoples' daily lives. So we must all contribute to making it happen," she told a press conference.

Von der Leyen said on Twitter earlier on Tuesday that half of EU adults will have received their first dose of the vaccine this week, as 300 million doses are delivered, and 245 million doses administered.

"We are on track to reach our goal to have enough doses being delivered to vaccinate 70 percent of the adult population in the European Union by the end of July. If we continue like this, we have confidence that we will be able to safely reopen our societies," she told journalists.

EU leaders agreed at the summit to donate at least 100 million doses of COVID-19 vaccines to poorer countries by the end of the year, von der Leyen told the media following the meeting. She said that donations were "desperately needed" since the Serum Institute of India has halted all its exports to COVAX until the end of the year. COVAX aims to ensure equitable access to COVID-19 shots for low- and middle-income countries.

She said vaccine producers BioNTech-Pfizer, Moderna and Johnson & Johnson have committed to deliver 1.3 billion doses of vaccines in 2021 at non-profit for low-income countries and at low cost to middle-income countries. Additionally, the EU was looking to invest 1 billion euros to develop vaccine manufacturing in Africa.