WORLD EU is 'in no way responsible' for Brexit consequences, Juncker says

EU is 'in no way responsible' for Brexit consequences, Juncker says 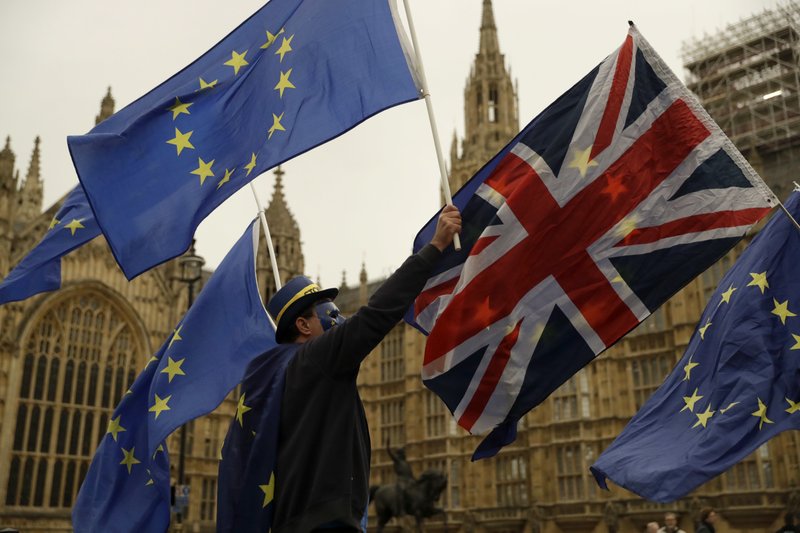 Pro-EU supporters hold European Union flags with a Union flag across the street from the Houses of Parliament in London, October 17, 2017. (Photo: AP)

LONDON (Xinhua) -- The European Union (EU) is "in no way responsible" for the consequences of Brexit, and the bloc should not be held accountable for what is a "British decision," European Commission President Jean-Claude Juncker said on Sunday.

"The EU is in no way responsible for any kind of consequences entailed by the Brexit," he said.

"That's a British decision, a sovereign decision that we are respecting but don't try to charge the European Union with the responsibility," he said.

The statement came as British Prime Minister Boris Johnson is leaving for New York on Sunday to attend the annual high-level debate of the UN General Assembly, and he is expected to use the visit for an informal Brexit summit.

Johnson is expected to hold discussions with German Chancellor Angela Merkel, French President Emmanuel Macron, Irish Prime Minister Leo Varadkar and European Council President Donald Tusk on the sidelines of the General Debate of the General Assembly, which is slated to begin on Tuesday at the UN headquarters.

Juncker said earlier this week that he was "doing "everything" to help secure a withdrawal agreement because he felt a hard Brexit, or a no-deal Brexit, would be "catastrophic" for both sides.

"It's better for Britain and for the European Union to have an organised deal," he said.