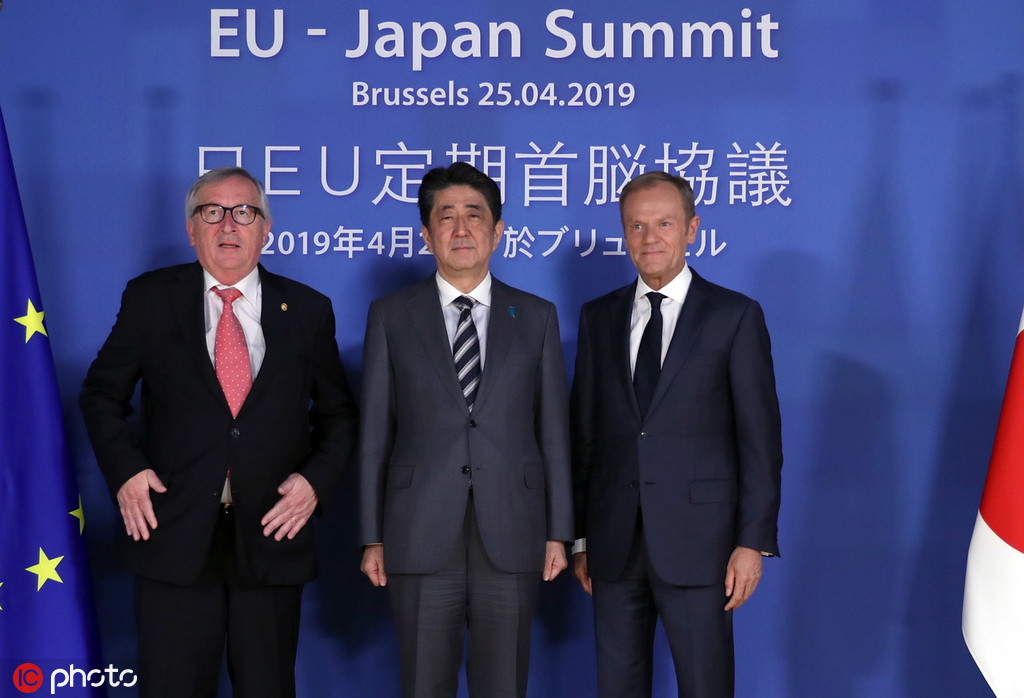 BRUSSELS - The European Union (EU) and Japan on Thursday reiterated their "joint support for the Joint Comprehensive Plan of Action (JCPOA)", commonly known as the Iran nuclear deal, despite mounting pressure from the US on the Islamic republic.

The EU-Japan Summit Joint Statement affirmed their "commitment to contributing jointly to advancing international peace and stability, based on the rule of law and through intensified consultation and coordination".

"We reiterate our joint support for the Iran/Joint Comprehensive Plan of Action," the statement said.

The JCPOA is an agreement, endorsed by the United Nations Security Council, on the Iranian nuclear program reached in 2015 between Iran, China, France, Russia, United Kingdom, United States, and Germany.

The US, under President Donald Trump, withdrew from the deal and put sanctions on Iran, albeit with waivers for some economies, including Japan.

On Monday, the US announced that it decided not to reissue sanctions waivers allowing major importers to continue buying oil from Iran when they expire in early May. The decision, according to the White House, is intended to bring Iran's oil exports to zero, denying the government its main source of revenue.